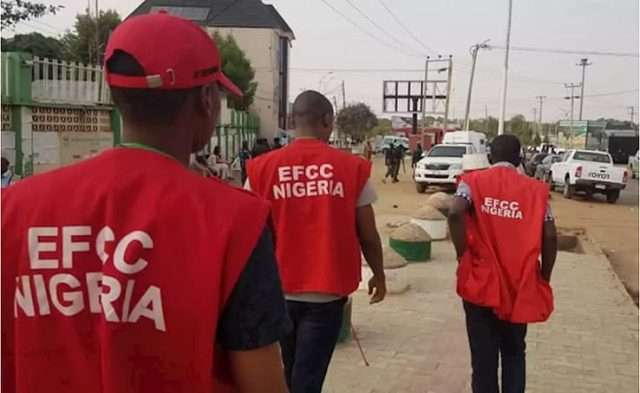 The raid, conducted on other locations across the country, was undertaken days after the CBN blamed currency speculators of exacerbating the crash of the naira against the dollar and other foreign currencies.

An authoritative source at the commission told the News Agency of Nigeria (NAN) in Abuja that the raid was a product of weeks of covert operation.

“The idea is to dislodge currency speculators who are massively mopping up all available foreign currencies.

“The raid was a product of weeks of surveillance where agents of the EFCC monitored the activities of most of the bureaux de change operators in the Wuse 4 axis,’’ he said.

According to the source, enough intelligence was gathered that some people with massive naira inflow had mobilised resources and are buying up available foreign currency, especially the dollar.

“Similar operation has also been carried out at major airports in the country.

“It’s a nationwide co-ordinated operation and will be extended to major commercial cities of Kano, Lagos and Port Harcourt,’’ the source added.

Efforts to get official confirmation on the raid from EFCC spokesperson, Mr Wilson Uwujaren were not successful as his phone was switched off