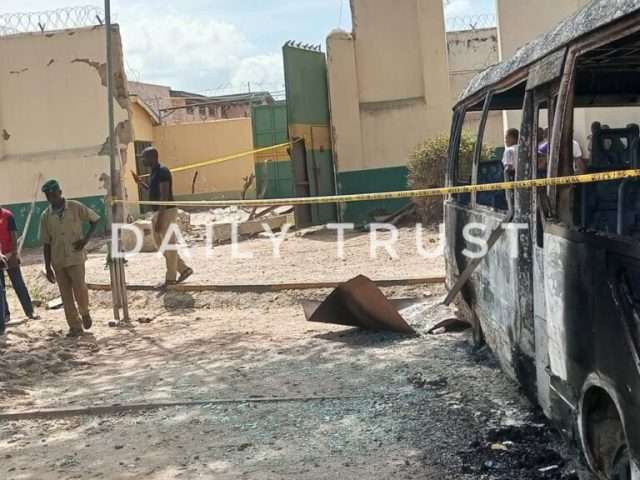 The President Muhammadu Buhari, on Wednesday, visited the Kuje custodial center after Tuesday’s terrorist attack on the facility.

The president, who is presently touring the scene of the attack, is expected to depart for Dakar, Senegal, later today.

The president was received by the Inspector General of Police IGP Usman Baba Alkali, paramilitary service chiefs among other top government officials.