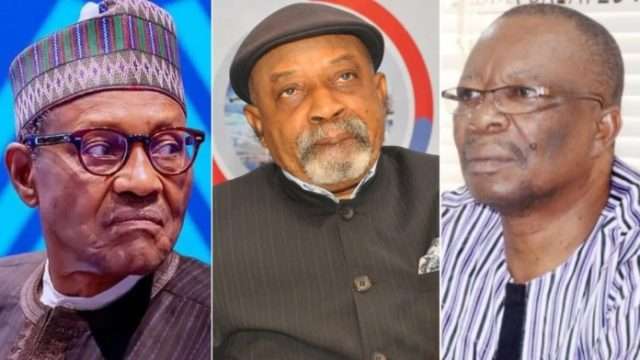 President of the Academic Staff Union of Universities (ASUU), Emmanuel Osodeke has said Chris Ngige, minister of labour, and others assigned in negotiating with the union over its ongoing strike are those misinforming President Muhammadu Buhari.

Concerning the negotiation, the ASUU president said the union is not aware of the figure being circulated by federal government as the amount needed to resolve the strike.

“If the president had been properly briefed by the committee through the minister of education, I don’t think the president would have said enough is enough, go to your class while we are negotiating,” he said.

He further said, “It is the labour minister and his group that would have gone to the president to tell him that if we chase out his people, we refuse salary.

“We are not aware of where their so-called figure arrives from. In all our agreement and discussion, we didn’t talk about 1.2 trillion or 2.4 trillion, or whatever. We didn’t.

“We didn’t calculate the quantum of what we would need. We calculated what each member of our union will earn.

“If this man who is telling you this figure can tell a lie that ASUU chased out his members from the negotiation table, why would he not tell a lie about the figure

The ministry is churning out fake figures. We negotiated with the ministry of education, so wherever they got the documents is their business,” Osodeke concluded.