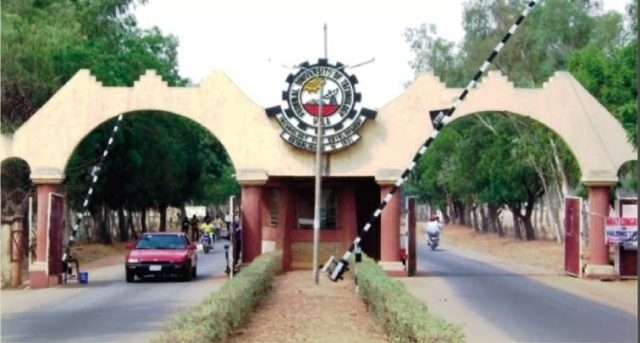 He said the action was subject to disciplinary processes and the university council ratified the demotion of the affected officers to lower ranks.

”These were among Tukur’s achievements for not tolerating acts of misconduct in the institution since he assumed duty as VC,” he said.

Mr Ja’afaru said the university would soon implement a policy on sexual harassment, adding that it was currently awaiting approval of the council.

“Once the council approves it, it is going to take care of all forms of sexual harassment whether by male or female members of staff.

“We hope that when it comes into effect, it will serve as an institutional mechanism for the students and staff to get redress quickly and effectively,” he said.

Mr Ja’afaru further said that a lot had been achieved under Mr Tukur’s tenure in the area of revenue generation, agriculture, staff and students welfare, as well as the successful accreditation of over 92 per cent of programmes in the institution.

Others include; the conversation of the institution to a conventional university, introduction of MBBS programme, upgrading of library and ICT centre fully powered by solar energy, staff development programme, among others.

In his remarks, Mr Tukur commended Gov. Ahmadu Fintiri for his contributions towards the development of education in the state.

He said that Fintiri had contributed towards successful conversion of the institution to conventional university among others.

Mr Tukur also appreciated the contributions of academic and non academic staff that led to the successes recorded in the institution under his stewardship.

Also, Mr Fintiri expressed delight over the feat achieved and pledged support to fast track sustainable development of education in the state, adding that: ”I am proud of Tukur.”