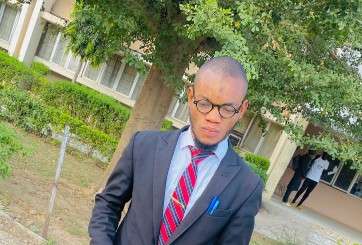 An Overview Of The Many Speculations Of The APC Muslim-Muslim Ticket For The 2023 Presidential General Election.
By Adams Mustapha Itopa.

In Nigeria political context, many of us are swayed by inclinations towards their religious groups, ethnicity which imbibe in us the spirit of favoritism, nepotism and bigotry as we’d think our reason to do politics is to fight for the share for our part of the country.

Many Nigerians leaders have often been accused of this and some quite numbers of such traits could be verified when thorough investigations are made.

Prior to President Muhammadu Buhari’s election in 2015, there were several warnings that he is nepotic, a bigot and may islamize the country. To refute the accusations, he and the party cabals dropped the propose Buhari-Tinubu ticket and picked a random Professor Yemi Osinbajo over Kayode Fayemi and Akeredolu. Being that Osinbajo is a renowned Pastor, picking him as Buhari’s running mate will be enough to render those claims false.

But even though, Buhari’s traits of religious bigotry is one we could still see in his appointments, fixing people into offices for just being a Muslim without minding to check their level of competency.

One of such scenario was when President Buhari was in overseas on for medical treatment in 2018. The then Director-General of the Department of State Service (DSS) , Lawal Daura was fired by Acting President Osinbajo on August 7, 2018. And the next most senior officer next to him, Mathew Seiyefa who happened to be a christian was asked to replace him as the new Boss.

But Buhari upon his arrival, instead of approving the appointment, threw the christian boss out of office and appointed a northern Muslim, Yusuf Magaji Bichi from retirement on September 13, 2018 without even conducting an interview to test his credible-ability. Its unimaginable!
There are several instances of such behavior by Mr. President but this writer wouldn’t want to get you bored by bringing it all so as to avoid bulky words.

About two months ago, a renowned Nigerian professor, Farooq Kperogi published several columns on how Vice President Osinbajo (if elected president) will use his office to favor the Redeemed Christian Church of God (RCCG) and he gave numbers of evidences of many instances where he had purposely favored the Church members precisely pastors while making appointments and recommendations.

However, its at everyone’s discretion to either or not believe Kperogi’s columns. But I personally have confirmed those appointments styles and found them to be true which is why I’m bringing it here.

Many other political office holders holders in Nigeria have been victims of this.
Its all because a typical Nigerian thinks his religion and ethnic groups are “entitled” to be part of the system and, all he’d think is necessary to do is strive to get a chance to fill the space meant for his “people.”
An average Nigerian will choose his religion or tribal person over credibility, competency and good performance.

To the contrary, in the nearby countries like Ghana, Benin Republic, Niger Republic and Senegal, politicians and ectorates do not bring up ethnicity in their political contests. Only Nigerians do that.

Taking Ghana as an example, they live and see themselves as one without bringing up their diversities into politics.

I think, it boils down to the fact that we have a federal system while they have unitary. Our federal system at independence created semi-autonomous regions which immediately became breeding grounds for toxic identity politics.
Ghana started with a unitary system, they had no regional champions like Ahmadu Bello, Nnamdi Azikiwe and Obafemi Awolowo. Their regions have always been governed by direct appointees of the president. Ghanaians, right from their early days, got used to the fact that ethnicity was irrelevant since each of their regions were governed by people who were not even natives. The most important thing is to be a Ghananain and you could be appointed to any post in any region. All thanks to Kwame Nkrumah.
In Nigeria, you have to be of a certain ethnicity to occupy the positions meant for your part of the country, so Nigerians started to see their ethnicity as an asset.

Many will argue that Ghana is a small country with small population compared to Nigeria.
Ghana has tribal and religious diversities though with a christian dominance. Even though, you mustn’t have many majorities before having differences because a fight could even be between a majority and minority. But, the political system in Ghana does neither rewards nor regards ethnic identity while Nigeria’s system bountifully rewards ethnic & religious identity.

This is why people will keep reminding us of our diversity and using it as a ladder to climb to political prosperity.

And it was a Christian-Christian leadership. I assume nothing was bad about it then since no one complained. Yes I know it was a military regime but Nigerians were fine with it.
Why bringing the issue of religion now!
When we’re able to treat ourselves as one without bringing up identity in politics, we would realize that if the APC presidential candidate, Bola Ahmed Tinubu picks a Muslim as a running mate, we shouldn’t be concerned about the religion but about the possibility of good performance.

In conclusion, religious and ethnic considerations in politics is not necessary but its all because we are not united. North and South, Muslims and Christians are not seeing themselves as one nation hence the lack of love, and hatred for one another. Nigeria is not a united nation. Until the issue of unity is held in high esteem, we keep hating one another and be playing politics at the face value of ethnic and religious identities.
When we give value to meritocracy over favoritism, we’ll do better as a nation.