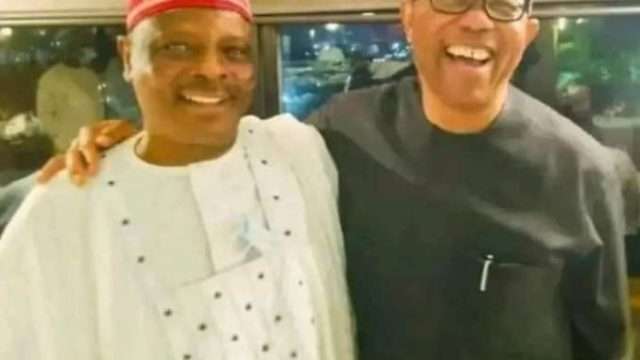 In their remarks which described the report as false and a figment of the reporter’s imagination of the Sunday Trust newspaper.

A statement on Sunday signed by the National Publicity Secretary of the NNPP, Dr Agbo Major, the party said, “The attention of the New Nigeria People’s Party (NNPP) has been drawn to a Daily Trust report titled, “NNPP-LP alliance: ‘Kwankwaso can deputise Obi’”, published on Sunday 19th June 2022, and dismisses it as false and figment of the reporter’s imagination.

“The report is misleading and embarrassing to our great party, its presidential candidate, Kwankwaso and millions of supporters in Nigeria and in the diaspora, and urges journalists to crosscheck their reports before publishing them to avoid national disaffection ahead of the crucial 2023 general election.

“As a mass movement, NNPP acknowledged alliance talks with Labour Party that would consolidate and boost the nation’s frail democracy as we collectively strive for a new Nigeria which the party champions.

“NNPP has high regard for journalists as the watchdog of the nation and major stakeholders in the Nigeria democratic process and urges them to always crosscheck their reports before publishing them in tandem with the ethics of their profession. Together, we shall build a strong, virile, progressive and egalitarian democratic society