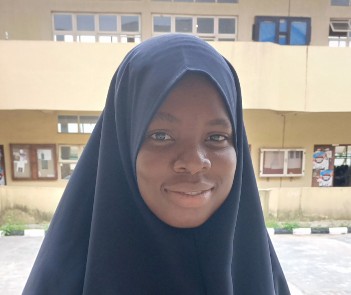 1.0 Introduction
In Nigeria today, many have been marginalized because they lack legal representation. When citizens have limited or no access to justice, definitely, the light of rule of law will began to dwindle. In order to ensure that citizens are duly represented whenever their rights are in question, the Legal Aid Council was established in 1976 during the military era by the promulgation of the Legal Aid Decree now Legal Aid Act, 2011 to save the situation. It is so sad that most average Nigerians are yet to taste the sweetness of adequate legal representation. This appalling state of Nigeria justice system is due to many factors in which only two are examined in this article which have hindered a successful legal aid regime in Nigeria. Hopefully, if the enumerated recommendations are duly considered by the concerned bodies and organs, access of justice in Nigeria may see a new limelight that is citizens-centered and social stability-focused.

2.0 Conceptualizing Legal Aid under Different Legal Frameworks
In a simple term, legal aid is the various legal assistance rendered to a person who is in need of it but incapable of securing the service of a legal practitioner. Legal aid guarantees right to fair hearing of every individual as entrenched in Section 36 of the Constitution of Federal Republic of Nigeria, 1999, As Amended. Oputa JSC in Josiah v State and Idoko J. in Uzodinma v C.O.P emphatically reinforced the said constitutional provision by assigning counsel to represent the accused in the two cases respectively. The rationale being that justice can not be administered effectively without the service of a lawyer.
Also, the grundnorm in Section 46(4)(b) empowers the National Assembly to enact the Legal Aid Act to serve as provisions on how citizens especially the indigent ones can seek redress through legal aid in the enforcement of their fundamental rights. It should be noted that legal aid is recognized not only under Nigerian laws but also under various regional and international instruments.

Article 10 of the Universal Declaration of Human Rights, Article 7(1)(c) of the African Charter on Human and People’s Rights, Article 14(3)(d) of the International Covenant on Civil and Political Rights, Article 37(d) of the Convention on the Rights of the Child and Article 2 and 21 of the Convention on the Elimination of All Forms of Discrimination against Women (CEDAW) are some of the legal frameworks pointing at the need to ensure that every individual, whether rich or poor, young or old, male or female, are given the equal opportunity to display their grievances and allow courts and other dispute resolution mechanisms to adjudicate over their issues.

3.0 Legal Aid as an Accelerator of Justice
“Justice is a human need while access to justice is a human right. Indeed, legal aid is indispensable particularly in a country where vast majority of its citizenry are wallowing in abject poverty. By virtue of Section 10 of the Legal Aid Act, except in exceptional cases, it is only persons living below the minimum wage in the country are entitled to legal aid. Others can be granted aid on contributory basis if they are earning ten times the minimum wage. These provisions are unrealistic in the Nigeria of today. Many might be earning above the minimum wage which is thirty thousand naira yet, they are still poor! The reality is that the unbearable economic situation of the country has made the minimum wage worthless.

According to a news report by Picodi, an international e-commerce company, “the value of basic food products for the healthy living of an adult in a month, at the beginning of 2022, stood at #40,980, higher than the #30,000 minimum wage in Nigeria”. This fact renders the provision of Section 10(1) of the Legal Aid Act, 2011 due for amendment because quite a large number of persons in Nigeria have been disentitled to legal aid services all in the name of “they are living above a meagre minimum wage”.
Legal aid ensures that a person accused of committing an offence, either civil or criminal is duly represented both before and during trial. When adequately provided, legal aid prevents long pre-trial detention in correctional centres thereby breathing life into the provision of Section 35(4) of the Constitution of Federal Republic of Nigeria, 1999 As Amended.
Legal Aid also facilitates speedy dispensation of justice so as to reduce congestion in prisons which causes wide spread of infectious diseases. Another laudable relevance of legal aid in the Nigerian justice system is the prevention of clogs of cases in courts by providing other means of settling disputes such as the Citizens’ Mediation Centres established across the country.
For a meaningful administration of justice is to be achieved, “the importance of legal aid cannot be over-emphasized”.

4.0 Impediments towards a Successful Legal Aid Regime in Nigeria
Assuming that the rationale behind the enactment of the Legal Aid Act has been achieved, the rate of inaccessibility to courts of average Nigerians would have reduced to a great extent. However, it is necessary to stop fruitless assumptions and face the reality of the current situations in Nigeria as far as legal aid is concerned.
There are many factors that contributed to the unsuccessful regime of legal aid in Nigeria but only two major factors will be considered. They are the impact of Nigerian Bar Association(NBA) and the Legal Aid Council(the council) towards adequate legal representation and access to justice.
The NBA has a major role in facilitating equal access to justice but it has not been up to the task. This is because many legal practitioners have lost interest in pro bono cases! The culture of pro bono which is a short form of the latin phrase pro bono publico meaning “for the public good” is not adequately encouraged among members of the NBA. Aside from being part of the requirements of Conferment as a Senior Advocate of Nigeria (SAN), there have not been any other tangible and effective regulations and mediums to promote pro bono culture among practitioners thereby making lawyers that voluntarily take up cases not necessarily due to financial gains but for sake of humanity very difficult to come by.

Although, NBA made moves to promote pro bono culture among its members through the Pro bono Declaration of 2009 and now 2015, it can not be said that this Declaration is effective owing to the discouraging attitude of Nigerian legal practitioners towards indigent citizens that are in need of legal assistance desperately.
As for the Legal Aid Council, quite a large of people do not know the council exist. Some indigent Nigerians are not even aware that they have the right to legal aid provided by the council. It sounds really absurd! This is majorly because “most of their offices are located at the federal or state capitals, and their services and addresses are hardly advertised. This has leads to unawareness on the part of the people of the existence of the council and its services.”
In addition, “it is estimated that the council handles averagely 25,000 cases(both criminal and civil) annually for indigent Nigerians”. The estimate is relatively low compared to the over 200 million population in Nigeria whose majority have limited or no financial capacity to hire a lawyer when they are suspected, detained or accused of committing an offence. It is important to note that insufficient funds and inadequacy of personnel are the major stumbling blocks hindering qualitative and quantitative service delivery of the council.

5.0 Prospective Solutions to enhance Equal Access and Speedy Dispensation of Justice
In order to promote pro bono culture among legal practitioners in NBA and to improve the efficiency of the Council in the light of proper administration of justice, the following recommendations should be duly considered:

• The NBA should award legal practitioners that passionately engage in pro bono services not necessarily financial awards but recognizing them at its various conferences and seminars so as to encourage others to follow their footprints;
• The NBA Pro bono Declaration should have full force of law;
• Engaging in certain number of free legal aid service to indigent citizens especially those in correctional centres should be part of the qualifications for election in NBA both in its branches and at the national level;
• The Nigerian government should improve the working conditions of lawyers in the council and employ more private legal practitioners into the council for a standard service delivery;
• Proper funding of the council in order to improve the number of cases it handles annually should be looked into;
• Non-governmental organizations should assist the legal aid council in creating awareness about the council, its services, mode of its application and on general legal education;
• Nigerian Law firms visit correctional centres often and render legal assistance to indigent inmates that are in detention awaiting trial so as to facilitate their quick access to justice.
• The curriculum of law undergraduates and graduates in law school by the Council of Legal Education should be fashioned in such a way that the culture of engaging in free legal aid service will be implanted at the early stage;
• The Legal Aid Act 2011 should be amended in line with the present realities of the Nigerian society; and
• There should be strong partnership and effective collaboration between the Legal aid council and Network of University Legal Aid Institutions(NULAI) in order to promote pro bono culture among budding lawyers.

6.0 Conclusion
Legal aid is an integral part of administration of justice which can not be isolated from it. Therefore, it becomes imperative on all relevant stakeholders, agencies, bodies, government, paralegals, academic institutions, non-governmental organizations and legal practitioners in their individual capacity to ensure that justice is properly dispensed and prevent justice from being delayed. This is because justice delayed is as good as justice denied.

This article is written by Ismail Khadijat Moromoke – a student of Common and Islamic law, University of Ilorin. She is a student of law that has keen interest on how the law can be a tool for social change. She can be reachable via email- moromokekhadijat@gmail.com , LinkedIn https://www.linkedin.com/in/khadijat-moromoke-8a72a7213 and via mobile 07014015871