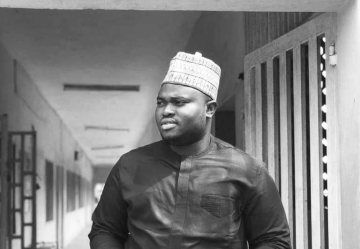 For once, the whole country is in unison in the cry for justice for the victims and stiff penalty for the bandits. The media houses are awash with news on insecurity.

Yesterday, being the first Sunday of the month happens to be an unfortunate day for worshippers at St Francis Catholic Church, Owa-luwa Street, in Owo council area of Ondo State. A 37 seconds online video showed some worshippers in the church are being killed while blood littered the church. Some worshippers were seen lying on the floor of the church in a pool of blood. The video indicated that those people lying down were shot.

According to report from Vanguard:”Kehinde Ogunkorode confirmed that gunmen suspected to be kidnappers attacked the church killing no fewer than 25 worshippers”.”Ogunkorode told Vanguard that the bandits numbering five stormed the church during service and shot members.” According to him ” it was like a movie, they invaded the church and shot indiscriminately. Several people were killed including children and women.It was when they wanted to abduct the priest that they threw dynamite into the church.

There is no doubt that the terrorist such as ISWAP, bandits, unknown gunmen,etc are committed to gaining a foothold in the sub-region in order to advance its sponsors’ agenda. Nigeria is the group’s preferred destination for obvious reasons, particularly because the country is already conducive to their activities. The presence of Boko Haram, a known ally of the group and many who identify with its ideology, is one of them.

Most bad behavior comes from insecurity. Few month ago a large number of terrorists and bandits attacked the Kaduna International Airport, killed one airport staff and vandalised the place. Days later, they audaciously attacked an Abuja-Kaduna train and planted explosives on the rail track. Eight people were killed, 26 wounded while many remain unaccounted for. The next day,a train station on the same route was also attacked.

It’s difficult to understand why all of these recent attacks have taken us by surprise when the warning signs have been present all along. Terrorists attacked a Kaduna-Abuja train in October of last year, but only a few people were killed. Wasn’t that a forewarning that should have gotten our attention? We were unconcerned. We simply scratched our heads and thanked God for sparing us from a major disaster. We prayed to God to keep the terrorists from harming us any further.

As each day passes by, the country’s insecurity grows exponentially. If vital steps are not taken, the nation’s state of unrest will completely turn into a miasma of bloodletting. Rebellious individuals are wreaking havoc all over the country, and it’s deadly.

Stray bullets have ended the lives of many promising youth. Herdsmen are contributing a bad quota, too. Many farmers have fled their farmlands for safety of their lives by the killer pastoralists.

Till when these will last is what no one could predict. Hopefully, soon. Nigeria will be free from its insecurity and she shall jubilate freedom from Boko Haram, Bandits, Killer Herdsmen and other rebellious gangs that keep provoking her tears.