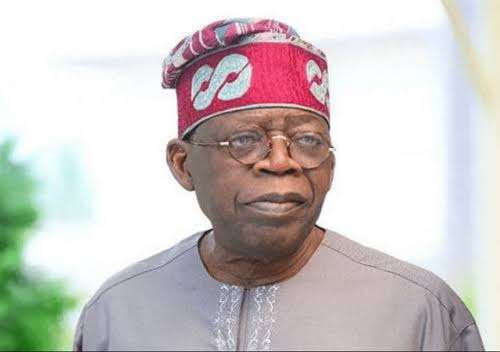 A civil rights organization, Center for Reform and Public Advocacy, has given the Inspector-General of Police a 48- hour ultimatum within which he should arrest and initiate criminal prosecution against the presidential candidate of the All Progressives Congress, Bola Tinubu, for allegedly supplying false academic qualifications to secure the nomination.

The organisation threatened that should the IGP fail to act, court action would be instituted against him for an order of mandamus to compel him to effect the arrest of Tinubu at the end of the ultimatum.

The Legal Adviser of the CRPA and human rights lawyer, Agu Kalu, issued the threat during a press conference in Abuja on Saturday.

But when contacted, the Director (Legal Directorate), Tinubu Campaign Organisation, Babatunde Ogala (SAN), told our correspondent that they were ready to defend against the threats and allegations.

He clarified that the APC presidential candidate has complied fully with the provisions of the Electoral Act.

He said, “There is nothing to respond to them, the Electoral Act is clear. We are waiting, let them go, let them bring the writ, we will defend it. I think we have gone past this stage of some people on social media, for whatever reason in the media, issuing threats.

“If they have anything, let them bring it. As far as we are concerned, our candidate has complied fully with the provisions of the Electoral Act. If they want to go to court, let them go to court. But we must also let them know that we are not unconscious of the laws of defamation in the country. We know the difference between a court process that is privileged and making unfounded allegations in the Newspapers like they are doing now

“But honestly, our candidate is not perturbed, he can’t be bothered by all these threats. If they want to go to court, let them go to court. When they come, we will react appropriately to the court process. What we know, we have complied fully with the provisions of the law and we will not be blackmailed and intimidated.”

Kalu alleged that the former Lagos State governor was not legally qualified to become the next President of Nigeria in 2023 on grounds of supplying false information on oath in his form EC 9 submitted to the Independent National Electoral Commission.

Amongst others, the legal practitioner alleged that in 1999 Bola Tinubu claimed to have attended Saint Paul Aroloya Children Home School, Ibadan between 1958 and 1964 and Government College, Ibadan between 1965 and 1969, only to turn around in 2022 that he never attended any primary or secondary school in his EC9 form.

He said, “We wrote a petition to the IG on June 16, demanding the prosecution of Tinubu for providing false information on oath in his INEC form CF 001 which he submitted in 1999.

“Since the IG is yet to act on the petition, we are using this press conference to call on the IG to do the needful, he is not above the law, nobody is above the law, Sections 191 and 192 makes it a criminal offence to provide false information on oath.

“We are also calling on President Buhari to direct the IG to arrest and prosecute Tinubu for perjury, it is a very serious issue.”

He added that in the event Buhari and IG failed to do the needful, the group in conjunction with other civil groups will approach a court of law for judicial review and order of mandamus to order the IG to do the needful.

Kalu who presented a Certified True Copy ad-hoc report of the Lagos State House of Assembly, which investigated the former governor in 1999 said that Tinubu clearly admitted discrepancies in his academic qualifications.

He said that the investigation of Tinubu’s academic qualification in 1999 was the aftermath of a petition written by a foremost legal luminary and social crusader, late Chief Gani Fawehinmi (SAN).

According to him, CRPA’s petition calling for arrest and prosecution of Tinubu was submitted to the IGP since June 16 and lamented that up till now, the police authority had not deemed it fit to effect his arrest.

Kalu emphasized that nobody was above the law under the constitution and demanded that the police must perform its constitutional role without fear or favour.

The activist said that in the event that he was found to have made false allegations against Tinubu, the Police should arrest him and charge him to court appropriately.

The Abuja lawyer explained that the position of his group for the arrest of Tinubu was not politically motivated but predicated on the need for good governance and transparent leadership Nigeria deserved in the 2023 general election.