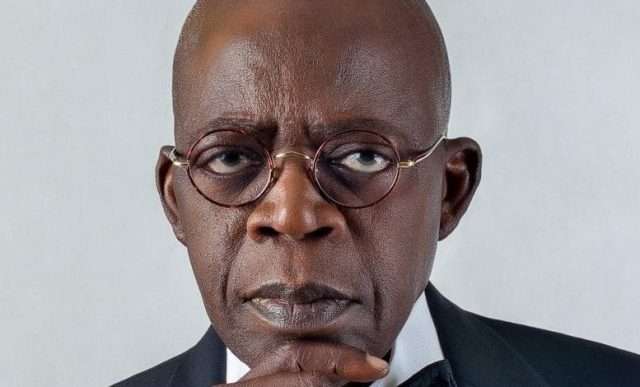 Recall this platform earlier reported the kogi governor to have donate campaign office to the national leader and Presidential Flag bearer of the All Progressives Congress, Bola Ahmed Tinubu.

During meeting with Kogi Governor Yahaya Bello, on Friday, Bola Tinubu had restated his entitlement to become the next president in his trending clichéd “Emi lokan” coinage.

The Yoruba expression literally translates to “It’s my turn” was first mouthed by Mr Tinubu in Abeokuta, just days before his party’s presidential primary election

The former Lagos governor used the expression to underscore his entitlement to the APC presidential ticket, having helped others, including President Muhammadu Buhari and Ogun governor Dapo Abiodun achieve their present political offices.

The statement drew the ire of his critics.

He described the Kogi governor as his son, adding that the governor was reminded of “what the nation wants to be.”

The presidential hopeful also thanked President Muhammadu Buhari for providing a level-playing ground for all the contestants during the special convention and primary.

Mr Tinubu said, “The man of the convention, the man of democracy for that day was Muhammadu Buhari.

Mr Tinubu described his victory as a very good step for the APC stakeholders to work for one united country that is concerned about prosperity.

“The (opposition) thought there would be chaos and crisis. But we saw peace. Emi lokan. It’s my turn,” he said.

Responding, Governor Bello announced that he had collapsed his Presidential Campaign Council and would donate the building to Tinubu’s campaign organisation.

The governor promised that he would  be on the streets to campaign for Mr Tinubu and take APC to victory.

“Today, I have collapsed my Presidential Campaign Organisation.

“I am donating my campaign organisation secretariat to you. I have learnt a lot from the little lecture you gave to us.

“What elders see when they are in the valley, the younger ones won’t see it,” Mr Bello said.

“Never again will the PDP lead this country. Thank you all my colleague governors for giving me the opportunity to learn from you.

“Senator Abdullahi Adamu (APC national chairman) has never lost an election and we will win the 2023 election. Our convention went well and peacefully,” he added.

A former Governor of Edo and ex-APC National Chairman, Adams Oshiomhole, was also at the meeting.