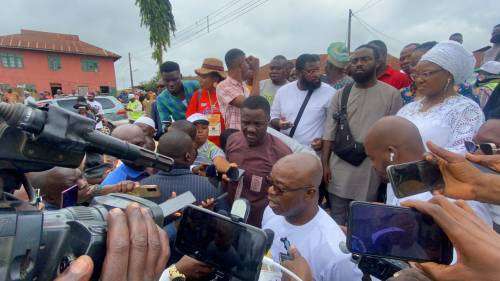 Segun Oni, the candidate of the Social Democratic Party (SDP) in the ongoing governorship election in Ekiti State says residents are being induced to vote for some political parties.

Oni disclosed this shortly after casting his vote at polling unit 006, Ward 4, Ifaki 11, Ido/Osi Local Government Area of the state

The former governor who was accompanied by his wife and son voted around 10:22 am. When asked about the situation reports he had been getting from his agents across the state, he said,

“Some of my agents are worried for the fact that they alleged that there is vote-buying in Ado-Ekiti, Oye and other locations across the state.

“Although, we have captured those areas and we are awaiting what the results from there would be before taking necessary steps.”