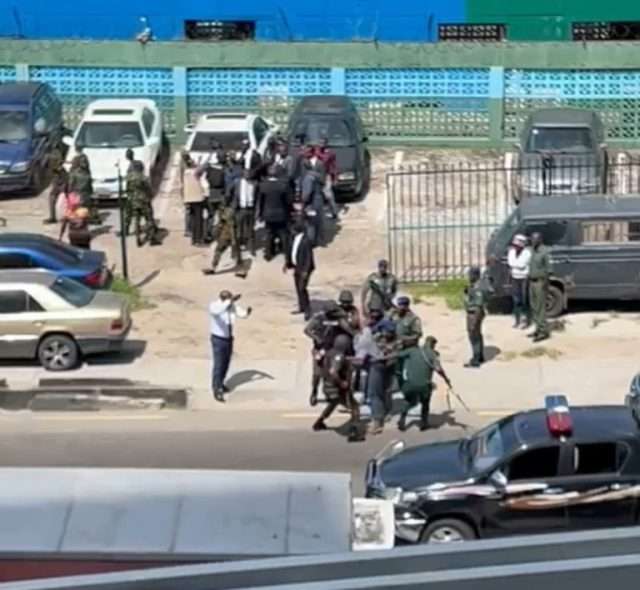 A video which has now gone viral on social media shows when Lagos State Governor, Mr Babajide Sanwo-Olu, ordered the arrest of an alleged military officer riding a motorcycle popularly referred to as ‘Okada’ against traffic along Ozumba Mbadiwe road, Victoria Island.

It was gathered that the incident happened while the Governor was on his way to an event.

Sanwo-Olu came across the motorcyclist riding through one-way traffic along Ozumba Mbadiwe road and he ordered the security personnel in his convoy to arrest the rider.

The development comes weeks after the state banned commercial motorcycles from six LGAs.

In May, Sanwo-Olu announced that from June 1, the ban on motorcycle operations in Ikeja, Surulere, Eti Osa, Lagos Mainland, Lagos Island and Apapa, will take effect.

Speaking on the Tuesday incident, a witness, who did not want to be named, told TheCable that while the security operatives attached to the governor were trying to effect the arrest of the rider, he resisted and tried to gain access to a military facility along Ozumba Mbadiwe road.

During the scuffle between the security personnel and the rider, some military officers who came to the scene, insisted that the motorcyclist was a colleague.

Sanwo-Olu was said to have insisted that the rider should be arrested for breaching the state traffic law — a development that led to heated argument at the scene.

In the video that surfaced on the social media, the unidentified military officer was seen carried by security operatives into a van