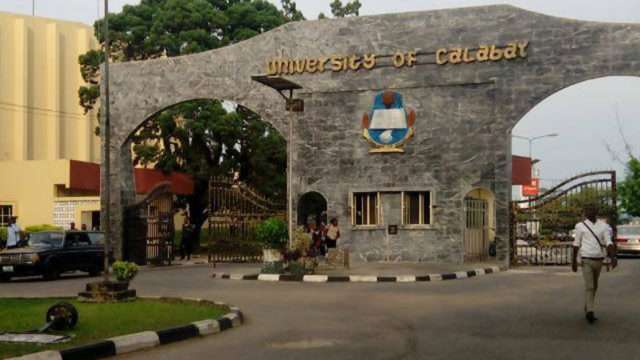 Aggrieved students of the University of Calabar (UNICAL) numbering upto 200 have dragged the university and five others to court, claiming over N500 million as general damages and special expenses for breach of trust and others.

The concerned engineering students were demoted from 300 and 400 levels to 200 levels in 2021 by the varsity’s authority, through their lawyer, Mr. Ozinko Ozinko, said: “We believe the conduct of the school management is unlawful, negligent, deceitful, tortuous, criminal, highly reprehensible, breach of trust, unconstitutional, scandalous and amounts to a violent assault on our client’s future and academic rights, which are inalienable, inviolable and inherent.”

The National Universities Commission had, in 2021, carried out verification in UNICAL and ordered that the affected students, some of whom were at 400 level, should step down to 200 level because the university management did not notify NUC and was not authorised before commencing the programme and “to mislead members of the public, including our client, the university called on Godswill Akpabio and used him to commission the engineering department, sending a false signal that the department of engineering was duly accredited and sanctioned to operate by NUC and other relevant authorities

The students are seeking general damages of N500 million for alleged deceit and injury suffered, an order of the court asking the defendants to, at no cost, absorb some of the claimants in the same department or an alternative course of study in another department.

They are also seeking a declaration that “the operation of engineering faculty by the 6th defendant (UNICAL) and their agents without relevant accreditation from NUC and Council for the Regulation of Engineering in Nigeria (COREN), non-employment of qualified lecturers as a requirement for accreditation, the claimant’s consequent frustrations and psychological trauma, further demands of school fees and finances from the claimant by the defendants with no accreditation in sight, amounts to extortion and gross violation/violent assault on the claimant’s educational rights and future aspirations.”

When the students demonstrated against the action of the university, the Vice-Chancellor, Prof. Florence Obi, while addressing the affected students insisted that the students must step down to the 200 level as they are not qualified to be engineering students.

But the students would not accept that, arguing that though Obi was not the one that admitted them, she was in the management team of the then vice-chancellor, Prof. Zana Itiunbe Akpagu.

They argued that Obi as the deputy vice-chancellor (Academics) under Akpagu could not claim “ignorance of our admission into the institution. Now that she is vice chancellor, she is still admitting students and receiving fees and demanding that our clients should still pay school fees as recently increased.”

When the matter came up for hearing last week, the Head, Legal Unit of UNICAL, Mr. Jonas Abuo, told the court that the university could not file its defence because of the Academic Staff Union of Universities (ASUU) and Senior Staff Association of Nigerian Universities (SSANU) strike and pleaded that they are allowed to go for an out of court settlement as discussed and agreed with Ozinko, counsel for the students.

Accordingly the presiding judge, Justice Rosemary Dugbo Oghoghorie, adjourned the matter till October 27 for the parties to brief the court on the outcome of the out of court settlement