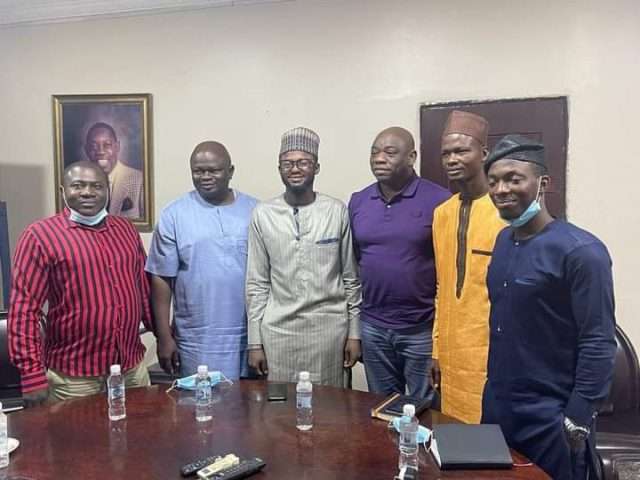 The populist ideologue, Tope Balogun who is the official candidate of the Action Alliance (AA) for the seat of Lagos Governorship coming 2023 general election has commented on the momentum of democracy day as widely celebrated.

In his remarks, Tope likened the momentum to REBIRTH mission which has given new shape to the political arena.

Recall the Governorship candidate, Tope Balogun upon declaration had announced his ‘REBIRTH AGENDA’ with each letters addressing key social problems as affecting the people of Lagos.

Tope Balogun who has also met with Kola Abiola, son of the Late Chief MKO Abiola, GCFR to commemorate the lead strategist of democracy.

In his wordings as made available to iDeemlawful

“Today, I joined hand with several genuine Masses oriented citizens to celebrate our fallen heroes of democracy. June 12 is symbolic. We learnt so much from past events pragmatically giving us more reasons to stay put in the mission to ‘REBIRTH’ a New Lagos.”

“My meeting one of the children and a lead campaign strategist of his father’s emergence as a political icon of repute was nostalgic. Late Chief MKO Abiola, GCFR, came, saw and conquered to birth our present day Democratically Elected Governments.”

“He was severally asked to compromise but he stayed put holding his head high and standing tall far above the nay sayers. We remain commited to good governance as we look forward to properous and better days ahead.”