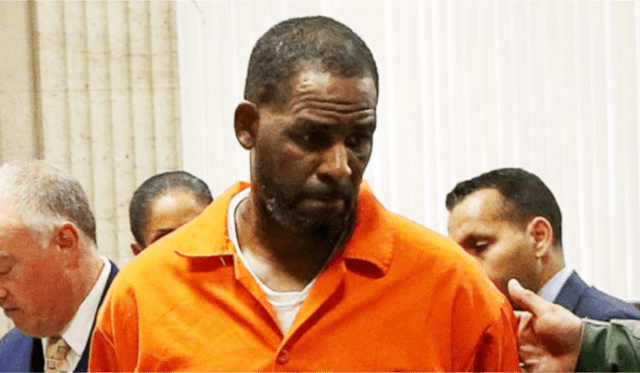 Judge Ann M. Donnelly handed down the sentence on Wednesday after listening to statements from the victims.

“These crimes were calculated and carefully planned and regularly executed for almost 25 years,” Judge Donnelly said. “You taught them that love is enslavement and violence.”

Mr Kelly could not speak due to pending litigation, he is scheduled to stand trial again in Chicago on August 15, where he faces federal charges for producing child pornography and luring minors into sex acts.

Mr Kelly’s six-week trial has seen graphic testimonies from 11 accusers, nine women and two men, who described sexual and psychological abuse at the hands of the “Ignition” singer. The case relied on the accounts of six victims, five of whom testified. The sixth, singer Aaliyah, whom Mr Kelly illegally wed when she was 15, died in a plane crash in 2001.

Mr Kelly had been found guilty of multiple racketeering and sex trafficking charges in September.

The RnB singer was first accused of having sex with underage girls in the ’90s but escaped punishment for almost 30 years. In September, a jury found Kelly guilty on all nine charges: one count of racketeering and eight counts of violating the Mann Act