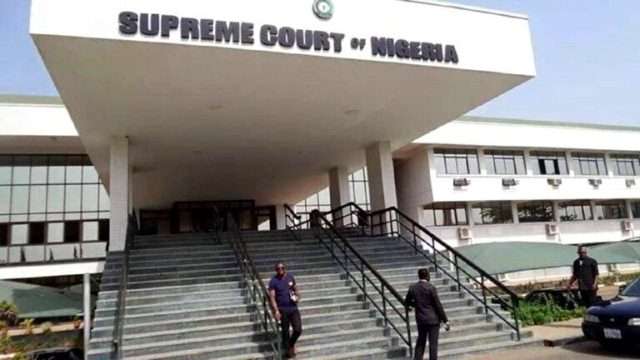 Supreme Court, which is the apex in Nigeria has granted the usage of hijab by female Muslim students in Lagos State Government-owned schools.

The apex court delivered the ruling upholding the use of hijab by Muslim students on Friday in Abuja.

The court dismissed an appeal by the Lagos State Government and upheld the earlier judgement of the Court of Appeal which held that the ban on hijab was discriminatory against Muslim students in the state.

Wild jubilation greeted the verdict with the Amir (President) of the Muslim Students’ Society of Nigeria, Lagos State Area Unit, Miftahudeen Thanni, and other members of the organisation seen shouting “God is great”.

The court upheld that the ban violated the Muslim students’ rights to freedom of thought, conscience, religion, the dignity of human persons and freedom from discrimination guaranteed by the 1999 Constitution