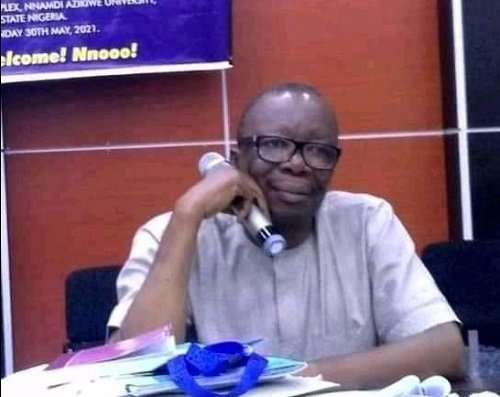 The ASUU President, Professor Emmanuel Osodeke, and his team had been invited to speak about the strike on the program where its host, Ahmad Isah, popularly known as Ordinary President, disclosed he had set up a special intervention bank account in TAJ Bank to raise funds for the union.

The ASUU president reportedly expressed displeasure immediately after he sighted the money displayed and rejected the offer.

But in a phone conversation with Daily Sun Correspondent on Monday, Osedeke revealed that his union did not reject the fund but only asked the Brekete Family to formalize the fundraising process.

According to him, “We didn’t reject anything he has been doing. We say he can do what he wants to do in the Brekete Family name and then do his work. He can set up a foundation and do projects across the universities. No problem with that. But we are saying when we use our name to raise funds, you have to get our permission. Simple. If somebody uses your name to raise money will you allow that?

“They can use any name to set up a foundation, name it and then call use for a meeting, we discuss and everybody agrees no problem with that. But you can’t just go and use our name to advertise and raise money for the university. We are not doubting his sincerity but we are saying formally, we belong to a union, we have members and our members need to know

ASUU had on February 14 declared a one-month warning strike to protest the non-implementation of its demands by the federal government.

But on March 14, the union extended the action by eight weeks, citing the government’s failure to fully address its demands.