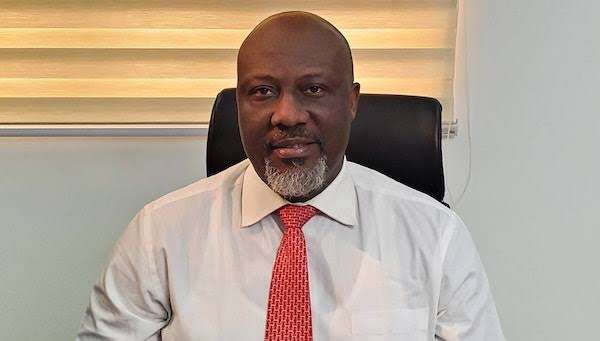 Former Kogi West Senator, Dino Melaye, has made his intention known on why he supported the presidential ambition of former Vice President Atiku Abubakar, in place of ex-Senate President Bukola Saraki as expected.

Melaye bases his reasoning on the option that Atiku is bound to win the 2023 presidential election with a landslide victory.

The former lawmaker insisted that he supported Saraki 100 per cent while he was with him.

According to Melaye, he never switched from Saraki because they still see each other.

He said: “I did not switch support from Saraki to Atiku. I was 100 per cent with Saraki when I was with him. I have no problem with Saraki, I still saw him this morning and we both laughed together.

“I chose Atiku this time because I have to stay with the known to the unknown. At this time, we need a unifier, who can unite Nigeria. One who cannot be seen as a Muslim, or Christian.

“Atiku is a popular person whose name is known in Nigeria. So, I moved from unknown to known. So, I did not switch support but support the man who can make Nigeria great.”

Atiku clinched the PDP presidential ticket during the party’s convention in Abuja on Saturday.

The Waziri of Adamawa defeated Governor Nyesom Wike of Rivers State, Saraki and other Presidential aspirant’s to emerge as the party’s candidate.