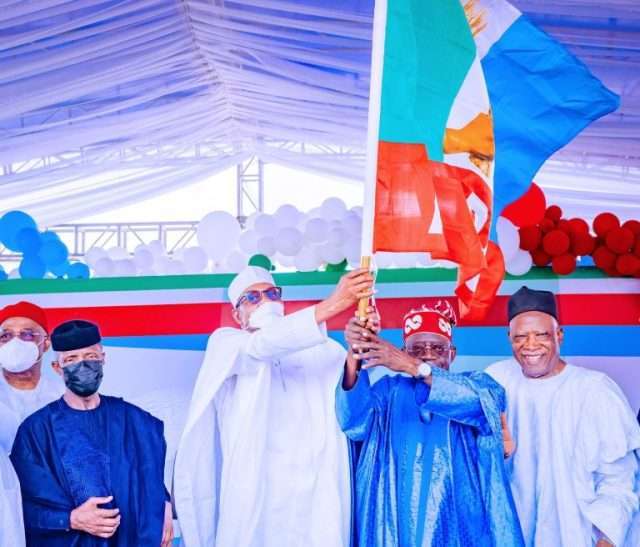 The National Stakeholders of the All Progressives Congress have called on the leadership of the party and the Progressive Governors Forum to narrow their search for the vice-presidential candidate to a northern Christian.

Their concerns stemmed from the raging controversy of the Muslim-Muslim ticket, which has seemingly heated the polity in the last few days.

Speaking at a programme to mark the June 12 Democracy Day, Convener of the APC National Stakeholders Forum, Aliyu Audu, disclosed that the need to reject the temptation of presenting another Muslim candidate as a running mate will ensure national inclusion and promote national unity.

He said, “Why we are conscious of the fact that religion should not be a determining factor in the our leadership selection proces. The peculiar circumstance the nation finds herself calls for reflection in the decisions we take, so long as they bother on our national lives.

“Today, the country is deeply divided within our fault lines of ethnicity and religion and we cannot afford to jettison this sensibility in critical decision making.

“This is why we think that the All Progressives Congress must be guided by the sense of these sensibilities in the selection of the Vice Presidential Candidate of the party.

Audu said that to do otherwise would be to further fuel what divides the masses and give room for mischief makers to take advantage of our differences.

According to him, Nigeria is in dire need of good governance, which can come from either a Muslim leader or a Christian leader.

He also noted that while some interests wanted the north to pick the ticket so as to put the contest between two northerners, others advocated for the All Progressives Congress to pick her flag bearer from the south in the spirit of nationalism, justice and fairness.

“But in the spirit of nationalism, justice and fairness which the northern governors demonstrated a few days ago, the leaders of the north on whose shoulder the emergence of the Vice Presidential candidate rests must also demonstrate this spirit by ensuring that the candidate comes from the Christian faith.

“The northern APC has in its fold capable individuals from the Christian faith with proven track record that can deliver just like anyone from the other faith.

“Their capability to deliver on the ideals of the party aside, they also have the capacity to win elections for the party. Suffice to add that no individual wins elections for any political party, it is the collective of all and we are sure the APC can achieve this,” he urged