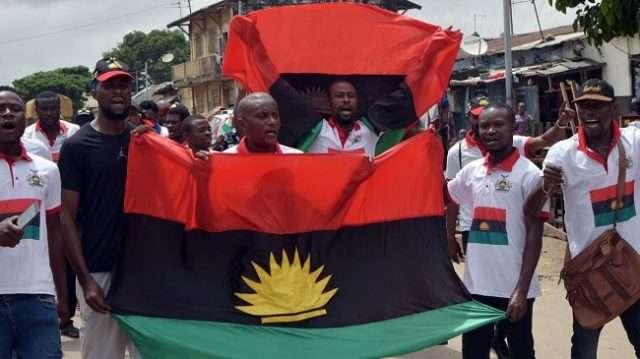 Nigeria Government’s proscribing of the Indigenous People of Biafra (IPOB) as a terrorist organization was finally accepted by the UK government on Thursday.

This decision was taken by the UK Visas and Immigration (UKVI), a division of the British Home Office.

The UKVI issued new guidelines to its decision-makers last year on how to examine and award IPOB asylum applications.

However, the UKVI reversed its position in a recent website update.

“IPOB is proscribed as a terrorist group by the Nigerian government, and members of the group and its paramilitary wing – the Eastern Security Network (created in December 2020) – have reportedly committed human rights violations in Nigeria,” UKVI said in its policy notes.

“MASSOB has been banned, but is not a proscribed terrorist group in Nigeria. It too has reportedly been involved in violent clashes with the authorities.

“If a person has been involved with IPOB (and/or an affiliated group), MASSOB or any other ‘Biafran’ group that incites or uses violence to achieve its aims, decision makers must consider whether one (or more) of the exclusion clauses under the Refugee Convention is applicable

“Persons who commit human rights violations must not be granted asylum.”

Meanwhile, decision makers have been notified to also verify if there has been a previous application for a UK visa or another form of leave, according to the guidelines, with asylum applications matched to visas being checked before the asylum interview.