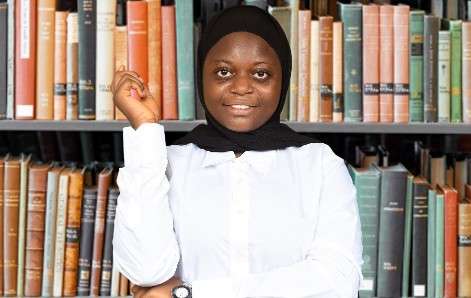 By Section 204 of Nigeria’s criminal code is entitled “insult to religion” provide as follows: ” Any person who does an act which any class of person considers as a public insult on their religion with the intention that they should consider the act such an insult, and any person who does an unlawful act with the knowledge that any class of persons will consider it such an insult, is guilty of a misdemeanor, and is liable to imprisonment for two years”.

Also, By section 402(b) of the Kano state sharia’ah penal code law provide as follows” whoever by any means publicly insult by using words or expression in written or verbal means of gesture which shows or demonstrate any form of contempt or abuse the Holy Qur’an or any prophet shall on conviction be liable to death”.

Although ,Section 38 of the 1999 constitution which “entitles every citizens to freedom of thought, conscience, and religion”, and section 39 of the constitution which “every citizens is entitled to freedom of expression”. Section 10 of the Nigeria Constitution made prohibition of state religion.
CASES:
On 21 March 2007, a mob of Muslim students and neighborhood extremists beats to death Christianah Oluwatoyin Oluwasesin, a mother of two and a teacher at Government secondary School of Gandu in the city of Gombe. A student complained that Oluwasesin, a Christian had touched a bag which allegedly contained a Quran, and had thereby defiled the Quran.
Furthermore, On July 14,1999, Umar Abdullah was beheaded by a Muslim mob in the village Randali in Kano state, for alleged blasphemy against Muhammad.

On June 19, 2009, a muslim mob in the town of Sara in Jigawa state burned a police outpost and injured about twelve people over alleged blasphemy against the Islamic prophet Muhammad: the mob complained that someone was distributing blasphemous pamphlets, and it demanded that the police give up a mad man who sought safety at the police outpost.
Umar Faruq was sentenced to 10 years in prison for blaspheme. His lawyer appealed on September saying his sentence violated the African charter of the Rights and welfare of a child and the Nigeria Constitution.
In April 2022, a Nigerian atheist in Kano received a 24 years prison sentence after pleading guilty to blasphemy charges.

In May 12, 2022 Deborah Yakubu Samuel, a second year college student, was killed by a mob in Sokoto state after being alleged of blasphemy.

There is a Hadith which a blind man allegedly kills his concubine for insulting the prophet( peace be upon him) and then was not punished. Yes, Blasphemy is most definitely a tremendous and a great sin to Allah but does it warrant killing without due process?

The jungle and vigilante justice of taking law into our hands, which is babaric, un- Islamic and a manifestation of violent extremesim, can only lead to a great cataclysmic and shakeout.
In sum, blasphemy should be responded with patience, forbearance, and speaking the truth in a beautiful manner. And should not neglect the general teaching of mercy, tolerance and patience.

Ibiloye Fareedah Ibiwumi is a student of law at the University of Ilorin,
Ilorin. She is a freelance writer who believes that no knowledge is wasted.
Whatsapp contact: 09076759871.