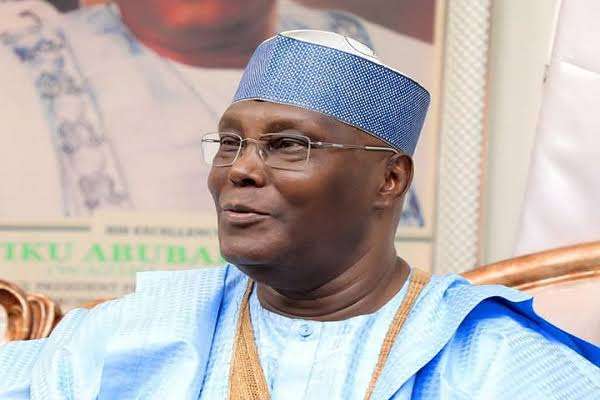 Former Vice President Atiku Abubakar has been elected as the Peoples Democratic Party’s flagbearer for the 2023 presidential election.

It will be the 75-year-old’s sixth attempt for the nation’s top job.

He was also the PDP’s candidate in the last election in 2019, which he lost to President Muhammadu Buhari.

Before voting commenced on Friday at the primary election in Abuja, Sokoto State Governor Aminu Tambuwal stepped down for Atiku, a move that strengthened the Adamawa politician’s bid for the ticket.

‘Sense of Belonging’
In his victory speech, Atiku commended the electoral process employed in the primary.

“Today we are making another history,” he said. “A history which we believe will bring about fundamental changes and also in our political processes.”

He reiterated that his campaign will be built on five fundamentals, including a pledge to unify the country.

“I pledge to unify this country,” he said. “That’s why I refer to myself as a unifier.

“The reason why I feel that unity is important is because APC has disunited Nigerians completely.

“I will work to restore unity and bring a sense of belonging to all Nigerians.”

Mr Atiku vowed to decisively deal with the country’s security challenges and confront its economic problems.

“The PDP made Nigeria one of the most prosperous countries in Africa,” he said. “We implemented economic reforms. The APC wiped out all those gains.”

He also called on his fellow contestants to work and cooperate with him.

Early signs
There were speculations that the PDP may postpone its National Convention after the Independent National Electoral Commission (INEC) extended the deadline for political parties to conduct their primaries for the 2023 general elections by six days.

The extension had prompted the ruling All Progressives Congress to postpone its own primaries, earlier scheduled for Sunday, to June 6.

But the PDP quickly denied that it had any plans of shifting its postponement, criticising INEC for “shifting the goal post.”

The Convention, which was held at the Velodrome of the Moshood Abiola Stadium, Abuja, sprung to life before midday on Saturday as party delegates began to troop in.

Udom Emmanuel was one of the first presidential aspirants to arrive and others soon followed.

Although the Convention had been scheduled to begin at 10am, proceedings did not commence until late evening.

Party leaders who spoke to Channels Television were upbeat about the success of the election, vowing to take back the country from the ruling APC.

Signs that Atiku would emerge as the flagbearer surfaced after Adamawa State Governor Umaru Fintiri revealed that Mohammed Hayatu-Deen had stepped down for the former Vice President.

Hayatu-Deen, one of the presidential aspirants, announced earlier that he was exiting the race but did not say he was supporting any particular candidate.

The big twist
After the National Anthem was sung, all 14 aspirants were given the opportunity to address the delegates for a maximum of five minutes.

But the big twist of the primary came after the speeches, when voting was about to commence.

Tambuwal, the former Speaker of the House of Representatives and North-West politics stalwart, stepped on to the podium and announced he was stepping down for Atiku.

“I have come to the conclusion – to the glory of God Almighty, seeing millions of Nigerians suffering and the need for us to close ranks in the party and as one of the leaders in this party – I have come to a patriotic conclusion to step down my aspiration,” Tambuwal said, to wide cheers and applause.

“And not only that, I have appealed to my supporters to take this in good strides and for national unity and patriotism – not only that, those who are delegates here – should vote for Alhaji Atiku Abubakar.”

From there, it seemed destined to be Atiku’s night as the final results later showed