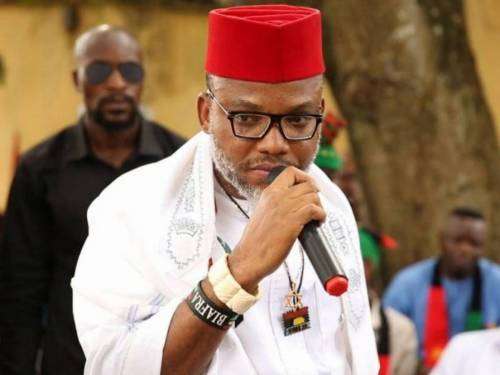 Leader of the Nigerian separatist group, identified as Indigenous People Of Biafra, Nnamdi Kanu, is currently in prison for treason but has been handed a Liverpool lifeline.

Having been in custody since last year, he attended a hearing for bail which was denied but he was given some special football privileges.

As per BBC News: ‘Bizarrely, the change in fortunes for Mr Kanu did not come at his request and resulted from the discovery that Mr Kanu, his lawyer and the judge were all Liverpool fans…

‘The judge, then joked that she was a Liverpool supporter and asked Mr Kanu’s lawyer, Mike Ozekhome if he was also a fan of the football club. The lawyer said: “Yes.”

Mrs Nyako then turned to Mr Kanu in the dock. “What is your team?” she asked.

“My team is Liverpool even from age of seven,” Mr Kanu, standing upright in the dock, responded.

The judge then ordered the prison representative to allow Mr Kanu to watch next week’s Champions League final between Real Madrid and Liverpool and any other match of his favourite football club.

“You must allow the defendant to watch the matches any day they are playing,” she said, adding that she was going to make an order to that effect’.