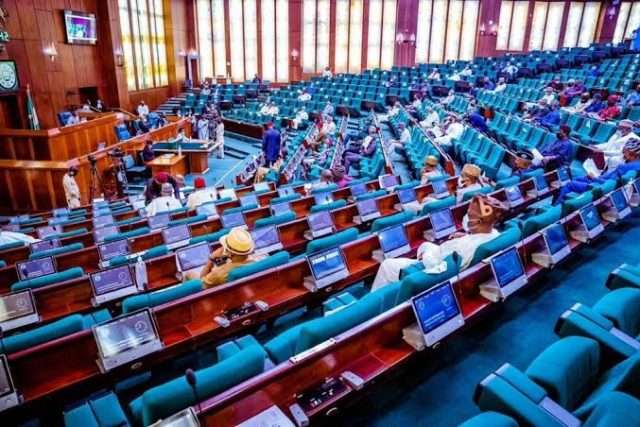 The Economic and Financial Crimes Commission (EFCC) has arrested and detained a former Speaker of the House of Representatives, Patricia Etteh, PREMIUM TIMES can authoritatively report.

Mrs Etteh, who was Speaker between June 6, 2007, and 30 October 30, 2007, was arrested in Abuja on Tuesday by operatives of the Special Duty Unit of the anti-graft agency, those familiar with the matter said.

The said contract was awarded to a certain Phin Jin Project Limited in 2011 for N240 million. It remains unclear if the company is registered with Nigeria’s Corporate Affairs Commission. A search of its name on the CAC online directory did not throw up any option.

Investigators are now saying weeks after the contractor was paid the mobilisation fee for the project, N130 million was transferred to Mrs Etteh who is neither a director nor a shareholder of the company on record.

“The payment of that huge amount to her is suspicious,” one source said. “She is claiming the contractor repaid a debt due to her but that is doubtful. So her claims are being scrutinised.

“They even overpaid for the contract. Instead of N240 million, they paid N287 million. These are knotty issues she and the contractor need to explain and that is why she is being interrogated by operatives.”

The EFCC is also suspicious that the contractor did not execute the contract after payment was received.

“It is uncertain that the contract was delivered,” one source said. “Its exact status has not been determined but we feel that there is no magic that would have made the contract to be delivered or executed to specification after Etteh was given that huge amount from the contract sum.”

The spokesperson for the EFCC, Wilson Uwujaren, could not be reached to comment for this story. One of his subordinates said he is travelling in the United Kingdom at this time.

However, a top EFCC official confirmed Mrs Etteh’s arrest but asked not to be named because he had no permission to discuss the matter with the media.

Ms Etteh’s past
Mrs Etteh was removed from her leadership position of the House of Representatives amidst a scandal in October 2007 although she was much later absolved of allegations of fraud levelled against her by colleagues.

Barely four months after she was elected Speaker of the House, her colleagues turned on her and demanded that she step down from her exalted position following accusations of corruption.

The lawmakers had accused the then Speaker of awarding a N628 million contract for the renovation of her official residence and that of her deputy as well as the purchase of 12 official vehicles.

The legislators insisted that the award of the contract did not follow due process.

In a motion by the then Chairman, House Committee on Rules and Business, Ita Enang, the House of Representatives later exonerated the former Speaker of alleged wrongdoing in the N628 million House renovation saga which resulted in her resignation.

Mrs Etteh, Nigeria’s first female Speaker, later enrolled at the University of Buckingham, U.K. and emerged with a Bachelor of Law degree in 2015.