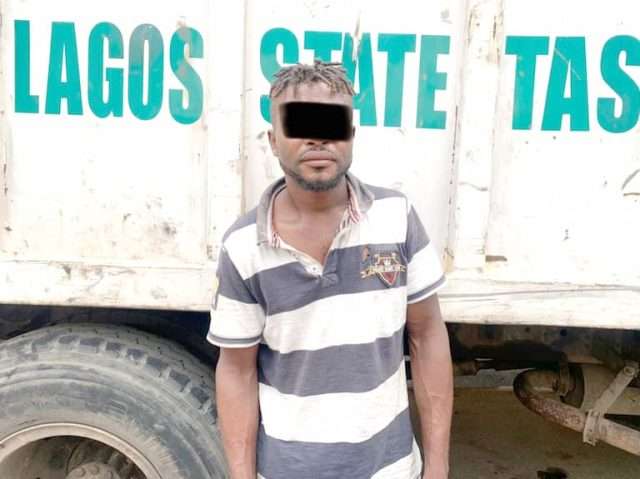 A 32-year-old commercial bus driver, Osinachi Ndukwe, is currently cooling off in police cell after biting off a finger of a task force official in Lagos for daring to impound his vehicle.

The bus was confiscated on the Oshodi-Apapa Expressway while been driven against traffic.

A witness stated the suspect became wild, grabbed an official and bit off one of his fingers.

In a statement, Osinachi said, “I usually complete eight to 10 trips in a day, but because of the traffic caused by the construction work going on there, I decided to drive on one-way all the way down to Ayoni Bus Stop. I was frustrated that’s why I had to bite the finger of the official seriously to avoid being arrested