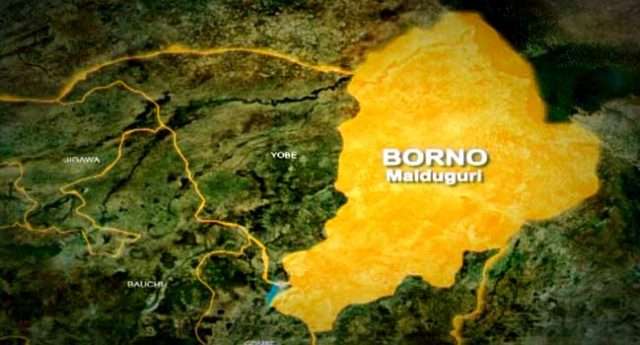 There is palpable fear in Borno State as some residents are said to have launched a hunt for another lady for allegedly insulting Islam’s Prophet Muhammad.

The lady identified simply as Naomi Gomi is said to have committed blasphemy with her comment on a Facebook page about the Islam prophet.

She has however denied responsibility for the said post, claiming her account has been hacked since last year.

Recall that last week, Deborah Samuel was stoned to death by some Muslim fanatics who later burnt her lifeless body.

It was reported that Naomi’s comment has since triggered a barrage of reactions as someone volunteered the lady’s location and house with a warning to get her.

Due to the threat by some people to give Deborah treatment, security agents are said to evacuate Naomi and her family late Saturday

However, the security have been put on red alerts to quench any possible uprising.

Meanwhile, daughter of president Muhammad Buhari, Zahra Buhari has taken to her media handle to educate Muslims on how to react blasphemous statements.

The mother of two took to her Instagram story to share a video of an Islamic cleric, Sheikh Assim Al-Hakeem teaching Muslims on how to respond when people insult the prophet.

He said: “This depends if you are in a Muslim country. This is a major offence that requires the intervention of the Muslim ruler. You simply report these individuals to the court or to the Muslim ruler.

“It’s the duty of the Muslim ruler to execute after going through the legistrative processes and going in front of panel of judges.