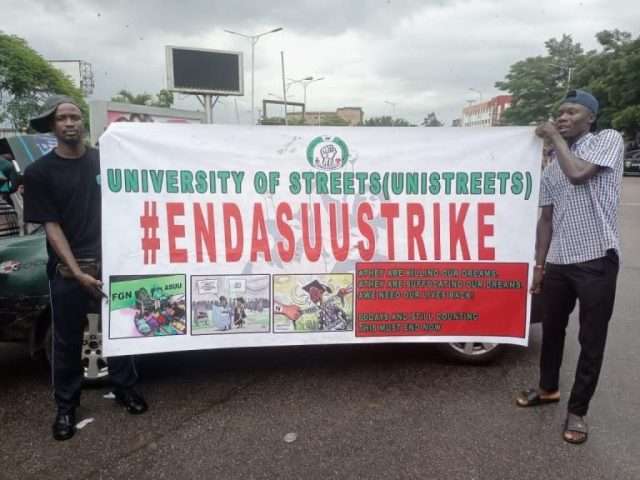 The students of university of Benin have taken to the street on Wednesday to stage massive protest in dissatisfaction of the ongoing ASUU strike, iDeemlawful reports.

In a video seen by this news platform, concerned students in large number have expressed their distasteful stance on the unending impasse between the Federal Government and the Academic Staff Union of Universities.

The students were also reported to declared UNISTREET, University of Street, where school activities would take place on streets with some students acting as lecturers etc.

Recall that this platform reported yesterday Tuesday, presence of security personnel at UNILAG Premises that prevented similar action from taking place in the varsity.

It was also learnt that protest took place at the University of Ibadan on Tuesday.