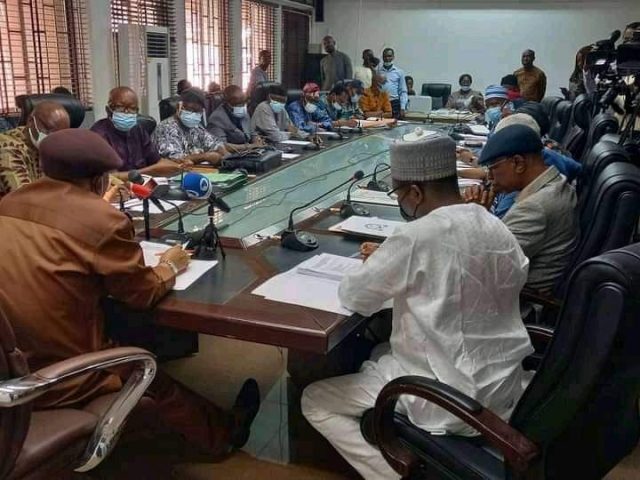 Labour and Employment Minister Chris Ngige, who disclosed this yesterday, said the Education Ministry has already commenced work on the report.

However, hours after, public university workers under the aegis of the National Association of Academic Technologists (NAAT), said that their ongoing warning strike is now indefinite. The union said they had adopted a “No Pay, No work” stance in response to government’s “No work, No pay policy.”

The re-negotiation of the agreements is one of the demands of the four university-based unions….ASUU, Senior Staff Association of Nigeria Universities (SSANU), Non-Academic Staff Union of Educational and Associated Institutions (NASU) and NAAT.

Other demands are non-deployment of the University Transparency and Accountability Solution, non-release of revitalisation funds for universities, non-payment of earned allowances for university teachers and shortfall of payment as a result of the Integrated Personnel and Payroll Information System (IPPIS).

ASUU was however absent when the committee was inaugurated on March 7, 2022. It had insisted that government should commence implementation of the existing pact instead of wasting time through the committee

When contacted yesterday evening, ASUU President Emmanuel Osodeke said the union was not aware the Briggs-led committee had submitted its report.

But Ngige, who said that discussions were ongoing to end strikes by the unions, added that he would meet with either SSANU or NASU leadership tomorrow. He did not say if he also contacted ASUU or not.

The minister said: “Discussions are ongoing, not only with ASUU but with all the other education unions. On Thursday I will meet either SSANU or NASU.

“I am still waiting for the Education Ministry to give me the final report they have from the ad -hoc committee we put in place on the condition of service for the 2009 agreements.

“I will make contact with the ministry to know where they are because they have subjected whatever they are doing to an inter-agency committee work which is the right thing to do.”

But ASUU President Osodeke said the report would be of no value to university teachers if did not expressly state that the government should sign the agreement renegotiated in May last year.

His words: ”Except the report is saying that they (government) should sign the agreement then fine. But if they (panel) have submitted another thing, then they don’t want this issue (strike) to be resolved because they have not discussed anything meaningful with us.

“Anything that has to do with the agreement (2021 renegotiated agreement) they have not told us.

”They (panel) called us for a meeting and they told us that they went around a number of ministries, National Salaries, Incomes and Wages Commission and had a discussion with them and got their opinion.

”We told them that that was not the issue. We have our agreement with a team set up by the government. That is what we will listen to.

“The President asked the Minister of Labour and Employment to organise a committee and if you are calling for what you have from ministries that is not part of our negotiations.

:” So, if they submitted anything that is different from what we negotiated without informing us then it has no value.”

Also yesterday, NAAT said that laboratories, workshops, farms and others in the universities would remain shut till the government pays its members’ salaries.

NAAT President Ibeji Nwokoma advised members of the union to remain undaunted, and not allow the government’s “divide and rule” tactics to dampen their morale.

Nwokoma said: “Today (yesterday), our Union and ASUU have been singled out for the implementation of the policy of “No work, No Pay” policy.

“Comrades, your President and indeed the National Leadership stand with you in this trying moment. Our strike action is legitimate and follows every due process.

“We, therefore, stand on “No pay, No work”. This divide and rule policy of Government shall not work. Be rest assured that we shall come out better, stronger with every dime paid before or on resumption of work