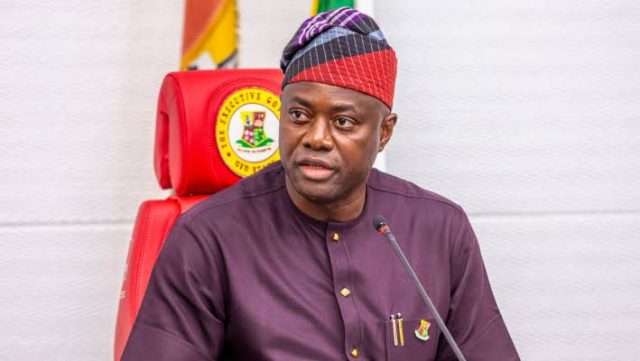 The OYO State Governor Seyi Makinde has urged his critics to stop linking him with the death of prominent monarchs in the state.

Makinde made it known during his visits to the palace of the late Alaafin of Oyo, Oba Lamidi Adeyemi III, on Sunday.

Some Nigerians have called out the governor on social media, noting that aside the recent death of Alaafin, two other first-class monarchs, the Soun of Ogbomoso and Olubadan of Ibadan had also died in quick succession under his administration.

The late Soun, Oba Jimoh Oyewumi, passed on, on December 12, 2021, while the late Olubadan, Saliu Adetunji, joined his ancestors on January 2 this year.

Some news outlets, including The Nation had reported that three Oyo prominent kings have died under the governor.

Another report by the Vanguard newspaper, the governor said though the monarchs were aged and made significant impacts before they departed, he wished they lived longer.

Speaking on Alaafin’s death, he said the king left a huge void that would be difficult to fill.

“In Oyo State, we have perhaps lost the last human encyclopedia of our traditional history. Several times when I visited him and told him the problem we had, he had a solution to everything.

“So, it is a very difficult void to fill. In fact, I don’t know who else we can go and meet, who can replace Kabiyesi.

“When I visited him in 2015 and told him about my ambition, he frankly told me it was not going to work out due to one reason or the other and, at last, I failed, but I learnt certain things. Not many people will tell one the truth. Kabiyesi told me it would not work, and it never worked out.”