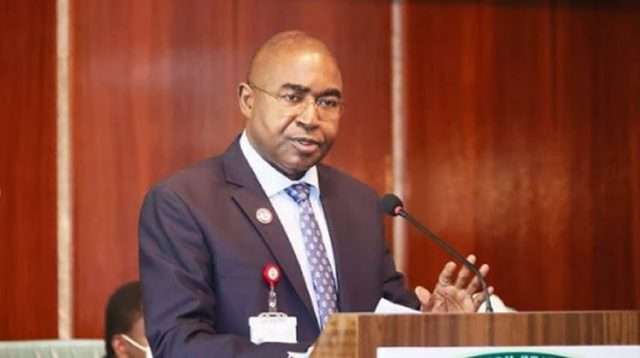 The agency advanced to conduct the test before the political parties would hold their primary elections.

In a statement made available on Wednesday said NDLEA Chairman Buba Marwa disclosed the plan while presenting medals and awards to officers who have distinguished themselves in the fight against drugs.

Marwa, according to the statement, said he had written to the Chairman of the All Progressives Congress (APC) Abdullahi Adamu to request that the NDLEA be allowed to conduct drug tests on politicians aspiring for higher offices in the party.

He also hinted that the same request would be extended to the opposition Peoples Democratic Party (PDP).

“Not just politicians, but government appointees, and I’ve just sent a letter this morning to the National Chairman of the APC, who will be the first of the national working committee I wish to pay an advocacy visit on this issue.

“I recommended that drug tests be incorporated in the screening process for all those interested in running for public office; we’ll do the same to the PDP and other important parties,” he said.

In October 2021, the NDLEA also proposed a mandatory drug test for intending couples to reduce the prevalence and effect of drug abuse in the country.