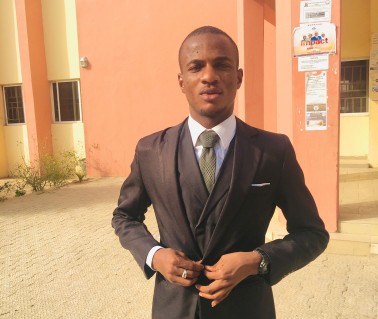 There is a difference between knowledge and Wisdom. knowledge is the ability to comprehend, while wisdom is the ability to put the idea or thought into use. Among the things that are constant in life, is change. That is why nothing is hundred percent efficient. We are human beings, living a life full of race, all aiming at one or two things in life, our wants and needs are not limited as far we live on this earth. We forget to discover ourselves to ease the race and give us the direction that will enhance our status in society.

Briefly, let us look into something about the past, the way knowledge and wisdom were being utilized, had an impact on the life of the people in the society. The only thing that can make a society grow is rigorous education which will impact knowledge to the people, that will help them to distinguish what is right from what is wrong.

Before talking about the past system of Arabic Education, how does Arabic education came to be in Yoruba land?

It’s something that can not be separated from the coming of Islam into Yoruba land, Islam is a religion of Allah practice by Muslims, and the only way you can understand Islamic Scripture is through the Arabic language. So, Islam spread the Arabic language which facilitates the rate at which people are eager to learn the Arabic language for them to understand the message passed to them by Allah and get closer to Him.

However, the coming of Islam into Yoruba land liberated many scholars to strive for Arabic knowledge. With the mindset of impacting the people in the community for the better growth of Islam. They began to teach people how to read and write in the Arabic language, some of them travel far away to acquire more of the knowledge of Arabic for the purpose of changing the shape of their society.

Learning is done through wooden slates morning and night. It’s very important to note that, change is inevitable. As time goes by the system of “Ilekewu”( Arabic education) changes. As many scholars are emerging, they started reconstructing and rebranding the curriculum and the structure of Arabic education in the Yoruba land. The likes of Sheikh Adam Al illory, Sheikh Kamaldeen Al Adabby, etc, came with the availability of modern Arabic schools. The system has changed drastically.

And the segmentation of the classes into primary and secondary, with this process, within seven years you are done. Compared to the previous system of the Arabic education, they brought the new system to the structure and the curriculum of learning the Arabic language. Despite the reform they did throughout their lives was aim at spreading Islam, and bringing out people from darkness were their priority.

The reverse is the case today, the system of our ilekewu( Arabic school) in Yoruba land remains lifeless like a living ghost. Our so-called scholars or proprietors of ilekewus still live in the building built in the years without modernizing them, Arabic education is yearning for reform for the benefit of Islam and the Muslims. Every day by day things keep on changing as time goes by innovations come in and out, there is a need for new initiatives the way the previous scholars or proprietors did in other to maintain the status quo in our community.

Firstly, let’s consider the economy of the country we all find ourselves or the rate at which the world is moving and technology is building up day by day, building an Arabic school is not enough but the question now is, what do you have for the students?

What kind of life do you want them to live?

What next after exhausting seven years of learning the Arabic language?

It’s obvious that “you can’t give what you don’t have” most of the proprietors and the teachers were also in the line of “this is how it was done, there is no need for change”. The so-called omo ilekewus will be flattered by this eulogy that ” It’s when you are learning the Arabic language that you will be like a slave, immediately after learning, you will be like King”. Now, things are not like before, it was okay for the then scholars or students. Today, the story has changed.

We now see the mindset given to them and what they settle for is to establish an “Asallatu” or “Jallabi”( gathering people together for prayer every Sunday or healing people spiritual) which the teachers are doing because they want their students to follow their legacy which they have been into for years without any way forward but only a few of them have achieved in the process. And marginalize their thoughts for them not seeing beyond life after “Ilekewu” (Arabic school ). Moreover, the students themselves will only have it in mind that life after seven years in Arabic school is to be called “Alfa or Sheikh.” Yes, nobody is disputing that because they are noble people, it’s not easy to learn the Arabic language. Is it the grammar aspect or structure aspect? Nevertheless, that doesn’t mean they should not look for something doing apart from learning the Arabic language to sustain a living, even Prophet Muhammad(S.A.W) who Allah has made exceptional among the Prophets of Allah, still engaged in one thing or the other. We applaud the efforts of our proprietors or scholars of Arabic schools in Yoruba land for holding on to the Arabic school system. But we still want them to bring in new ideas to help the students graduating every year, let there be training skills and counseling of the students, let them know that there is more to learning the Arabic language. Let them know that whatever they are doing should be the mindset to give back to society, we all have talents in this life. There should be a uniform curriculum that will be taught in every Arabic school all over and set aside discrimination or superiority between Markazy or Adaby the goal is to uplift Islam and the Muslim community because the rate at which youths are eager to learn the Arabic language is high in the western region. They are the future of Islam in Yoruba land.

I strongly believe that there is more to be done by our Alfas than coming out on social media to abuse themselves, this is not how the scholars did then. They visited themselves if there was any controversial issue in Islam. Nobody is an island of knowledge. What is the future of Islam in Yoruba land? If this is what they will continue to be doing, and what is the impact they are contributing to the students? They are being carried away with the audience shouting “scholar or Sheikh”. Studying the Arabic language does not make you a scholar? Arabic is a language, in case they don’t know. In conclusion, reforms are what they should focus on by introducing a new curriculum that will give the students opportunities to achieve great after seven years in an Arabic school. For example, the government has approved a board to regulate the external examination for anybody who studies the Arabic language NBAIS (national boards for Arabic and Islamic studies).

“The Vision of NBAIS is to be at the frontline in realizing the ambition of the Federal Government of Nigeria in its program for the full integration of western and Islamic Education, the promotion of Qur’anic schools, and the Madrasah system of education in the country.” And introducing training skills or entrepreneurship training, counseling them on future ambitions for those that want to move forward. with all these, they will all have something to do after learning the Arabic language and make them have an impact in the society and will help the growth of Islam. They will not be eating through Haram to survive and it will reduce atrocities in the society. With that, the future of Arabic studies in Yoruba land will be better for the coming generation.