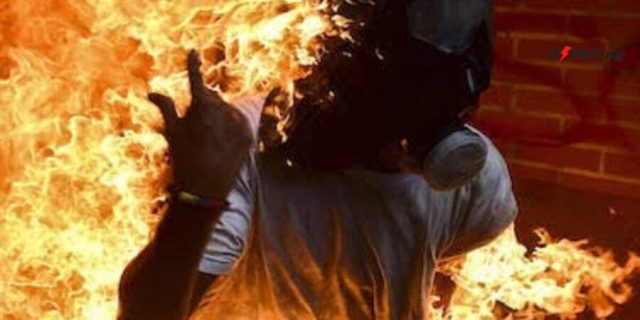 A part-time student of Osun State University, Osogbo, Victor Oke, has been reportedly burnt alive by some suspected cultists over alleged refusal to join their gang.

Reacting to the heart-wretching development, the Public Relations Officer of the institution , Ademola Adesoji, in a statement released in Osogbo, on Monday, explained that Oke, a part-time final-year Political Science student, was being forced to join a cult, but refused.

Adesoji said the student failed to show up for his final paper on Saturday, and when his parents were contacted, it was discovered that he had been attacked by cultists.

He said, “It was gathered that some of the eyewitnesses living in the area where the incident happened reported that they heard Oke Ademiju Victor shouting that he was not joining their cult, while they continued to hit him with cutlasses, hard stones and attempted to burn him, partially succeeding before he was eventually rescued.

“We have since been following up with the parents and it is confirmed that he was rushed to the university’s teaching hospital for treatment and later moved to an undisclosed hospital where he is currently receiving treatment.”