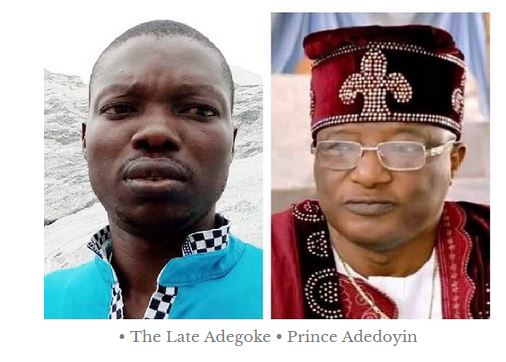 Report of the autopsy conducted on the body of Timothy Adegoke, the dead Obafemi Awolowo University’s (OAU), a postgraduate student has been submitted to Osun State Police Command and the force headquarters in Abuja.It was gathered that the report was submitted yesterday, Wednesday, by expert that conducted the test.

According to sources close to the Osun police command headquarters, the autopsy report was submitted Wednesday evening.

Part of the report revealed that Adegoke died of severe trauma while his internal and external organs were intact. The source also revealed, “the internal organs like heart, kidney, livers and others could not be subjected to test because they are already in the advanced decomposition stage as at the time of carrying out the test, so they could not do that.

“They could not do a toxicology test on the body because the stomach has decomposed and was melting while they are carrying out the test.“

The autopsy report established that both internal and external organs are complete, they are in a normal position that they are ought to be. Severe trauma led to the death.

I don’t know the type of trauma that he was subjected to before his death because the severe trauma that was arrived at was an open-ended conclusion. Trauma could be as a result of hitting him with sticks or he falls, or sickness, or anything”.

The deceased’s elder brother, Gbade Adegoke confirmed that the family was informed that the report is out but was not avail its details