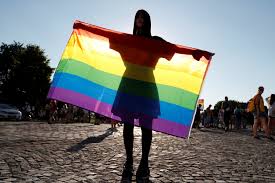 New Zealand’s rainbow community will be allowed to change the sex recorded on their birth certificates without providing evidence of a medical procedure, after a bill to recognise the right for gender minorities to self-identify passed into law.

“Parliament has voted in favour of inclusivity and against discrimination.”

While self-identification on birth certificates was introduced in 2018, applicants had been required to prove they had undergone medical treatment to align their sex and gender identity. The births, deaths marriages and relationship registration bill, which passed unanimously on Thursday, removes that requirement. “This law change will make a real difference for transgender, non-binary, takatāpui [LGBT] and intersex New Zealanders,” Tinetti said.

She added that the law will support young people and give them “agency over their identity, which will promote their mental health and sense of wellbeing”.

The country joins roughly 15 overseas jurisdictions that have made changing one’s sex on documents simpler, including several Latin American countries, and European countries such as Denmark and Spain.

The Green party spokesperson for rainbow communities, Dr Elizabeth Kerekere, described it as a “world-leading piece of legislation” that will uphold rights to self-identify gender.

But Dr Kerekere said she was disappointed the changes exclude refugees, asylum seekers and recent migrants.

The law has sparked discussion and some hostility, including from Speak Up for Women, which formed in 2018 to oppose self-sex identification. The group was blocked from holding events at various venues, including the Christchurch city library, for being branded anti-transgender.

Tinetti challenged some reactions to the bill. “There have been real people who have been hurt when they have been belittled, mocked and discriminated against. People who like any one of us just want to be accepted for who they are and be treated with dignity and respect.”

“Trans misogyny is still misogyny so I stand strong in challenging this discrimination.”

The National party’s spokesperson for women, Nicola Grigg, told parliament that while the opposition supported the law, it was important for a range of voices to be heard.

“If we shut down the full expression of topics such as this, we won’t benefit from considering a full range of views as we debate complex policy and ideas and I do worry about the societal impacts of people feeling that their views are no longer able to be expressed.”

The first comprehensive national survey of the health and wellbeing of trans and non-binary people was conducted in 2018. It reported that five out of six participants, or 83%, did not have the correct gender marker on their New Zealand birth certificate.

In the 18 months before the provisions come into force, details will be worked out including consultation on who will be allowed to support applications for young people, ensuring sex markers on the birth certificate include non-binary and cultural options and determining what the requirements will be for anyone seeking to amend their sex more than once.

New Zealanders born overseas will not yet be able to access self-identification, because the changes apply only to New Zealand birth certificates. The minister said work will be done to address this