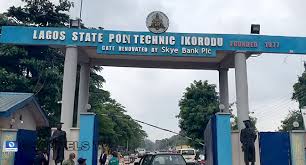 The Lagos State Governor, Mr Babajide Sanwo-Olu at the annual Governor’s Lecture with the theme “Educational leadership and technology as viable options for economic recovery and nationhood: The experience of Lagos State, ” said two of the state owned Tertiary Institutions have been upgraded to offer university education.

The annual governor’s lecture was organised by the Lagos State University (LASU) Alumni Association at the main campus of the institution.

Announcing the increase in the number of state-owned universities in the state, Governor Sanwo-Olu said based on the population of the state, the number of university admission seekers and in order to develop and promote science and technology, the state polytechnic has been upgraded to the University of Science and Technology.

Similarly, for the same reason and to promote and improve standards of education with quality and qualified teachers, the governor said state own colleges of education, Adeniran Ogunsanya and Micheal Otedola has been converted to the University of Education.

He stated that for the smooth take-off of the two new universities, the State House of Assembly had amended the Acts establishing it to reflect its new statuses.

Governor Sanwo-Olu reaffirmed the commitment of the state government to providing teachers with skills, technical colleges with supports, turning secondary schools into comprehensive learning centres, revamping the infrastructure in LASU’s campuses, to make it economically, digitally viable and one of the best in the world.

Earlier, the governor accompanied by his Special Adviser on Education, Tokunbo Wahab was received by LASU’s Vice Chancellor, Mrs Ibironke Olatunji-Bello and the institution’s management to unveilthe Lagos State University Student’s Arcade Building in the main campus of the institution, Ojo.

LASU Vice Chancellor Mrs Olatunji-Bello in her remarks commended the institution’s alumni association for consistently demonstrating its commitment to the development of the school.

She also said the university’s alumni association had brought about growth and development of networks for mutual support and raised its profile thanking the governor for finding her worthy on her appointment as the ninth substantive Vice Chancellor.

Olatunji-Bello said the management would continue to align with the six points strategic goals of the university to achieve the mandate of the institution, urging the governor to support in meeting the needs of the institution.

Also speaking, the Pro Chancellor of the university, David Sumoni, and other speakers thanked the Management and alumni association for their efforts in making the institution the first destination of choice for people in Africa