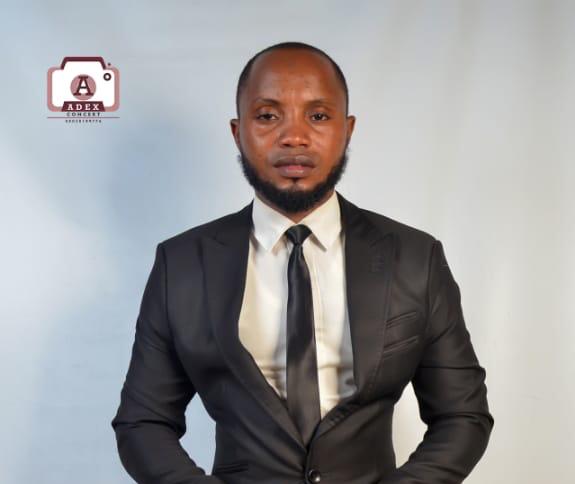 Corruption is a constant phenomenon which bedevils Nigeria as a nation for a very long time till this moment. The term ‘Corruption’ has been contextualized by intellectuals and recognized organizations. According to the World Bank, corruption is the abuse of public office for private gain.

Hence, corruption is the abuse of entrusted power for private gain. Public office or entrusted power is abused for private gain when an official accepts, misappropriates, embezzles, or extorts a bribe et cetera. Transparency International (TI), in 2019 reported that the police, parliament, and judiciary top the list of the most corrupt institutions in Nigeria. Also, high-level elected officials, public officers, and private officers are not left out in using their various offices to engage in corrupt activities. Thus, corruption undermines policies and programs aiming to reduce poverty and thereby exposes people to hardship and unemployment.

This paper, therefore, focuses on how to fight economic and financial crimes in Nigeria, in the course of which it would concentrate mostly on corruption as a constant phenomenon and threat to the Nigerian nation.

The writer takes a doctrinal approach to examine the efforts of the Nigerian Government in combating corruption. And the paper further beams research light on how to fight economic and financial crimes to make Nigeria great.

HOW TO TACKLE ECONOMIC AND FINANCIAL CRIMES IN NIGERIA

Over the years, various administrations in Nigeria have introduced anti-corruption policies and measures, such as General Muritala Muhammed’s crusade to confiscate assets illegally acquired by Nigerians, 1975; Shehu Shagari’s ethical revolution to combat corruption through the introduction of a code of conduct for public servants, 1979; General Muhammadu Buhari’s war against indiscipline, 1983; and General Ibrahim Babaginda’s ethical and social mobilization crusade, 1985, yet the schemes failed in eradicating corruption in the country.

Furthermore, there have been a number of legislations and functional mechanisms put in place to combat corruption in Nigeria which include Bank and Other Financial Institutions Act, (2004), Failed Bank (Recovery of Debts) and Financial Malpractices in Banks Act (2004), Corrupt Practices and Other Related Offences Act (2004), Money Laundering (Prohibition) Act (2011) et cetera.

Similarly, Economic and Financial Crime Commission (Establishment) Act, 2004 was established with the aims of preventing, detecting, investigating, and prosecuting cases of economic and financial crimes in Nigeria. Notwithstanding, law enforcement agencies, parliament, judiciary and other elected and appointed officials still use their authority to engage in corrupt activities.

Thus, there are four major theories used to explain why corruption occurs and how to fight it. Two are explained in this paper – the principal-agent theory and collective action theory, otherwise known as ‘collective action’ initiatives.

By the former, the agent tends to corrupt to the detriment of the interests of the principal. To limit this, the principal needs to strictly monitor the agent. While, by the latter, there is a need for collective and coordinated approaches, such as reform coalitions or proactive alliances of like-minded organizations.

Corruption in Nigeria is a way of life; it has reached a terrifying proportion that it is no longer about ‘who is corrupt’ in the country but about ‘who is not’. A situation that could be likened to looking for a virgin in a maternity ward. It is now fast becoming a norm, which has birthed the ideologic belief that only fools in the country avoid corruption.

Considering the above, it is the submission of the writer that capital punishment such as death sentence or life imprisonment should be awarded to those found guilty of corrupt practices in the country.

China, one of the developed countries in the world introduced and adopted capital punishment as the reward for individuals found guilty of corrupt practices and positively, the rate of corruption in the country has, indeed, greatly reduced. North Korea, Indonesia, Thailand, Iran, and the host of some other countries also adopt capital punishment for corrupt practices.

And fortunately enough, it has effectively reduced the rate of corruption in these aforementioned countries to a minimal possible level.

Hence, if capital punishment has been able to reduce the rate of corrupt practices in those countries to a very minimal level, it can have the same positive effect in Nigeria in the absence of favoritism, nepotism, and impartiality. The severity of punishment does not determine its deterrence effect except the punishment is accordingly imposed without fear or favor by the judiciary. Notwithstanding, corruption can also be successfully tackled through individual reporting.

The concrete ways in which individual citizens may contribute to the fight against corruption include reporting corrupt practices and perpetrators to the recognized authority or through the media, and supportive training programs and sensitization campaigns that aim to create a culture of integrity and zero tolerance for corruption.

In many countries of the world, smartphone applications are now enabling citizens to easily report incidents of corruption with zero fear. For example, the World Bank launched its Integrity App in 2012. Through this App, users can anonymously report fraud and misconduct in World Bank programs.

In India, a platform called ‘I Paid a Bribe’ was created to expose everyday corruption by allowing people to anonymously share their stories.

In Europe also, Digiwhist App and web portal was launched for the systematic collection, structuring, analysis, and broad dissemination of information on public procurement and on mechanisms that increase accountability of public officials in all EU and some neighboring countries.

In addition to the efforts of the officials (EFCC and ICPC) charged with the duty of attending to corruption cases, if an app and web portal is launched in Nigeria allowing everyone to confidentially share their stories by merely taking their phone, open the App and share or visit the web portal.

This will go a long way in eradicating corruption in the country. If not totally, it will effectively reduce the rate of corrupt practices to a minimal possible level.

Corruption becomes a complex phenomenon and challenge when there is a failure in the policies and measures designed by the government to tackle it. The past administrations in Nigeria fought corruption through different mechanisms with the hope of victory, however, the reverse was the case. In the same vein, various legislations were enacted, yet the elected officials, political appointees, law enforcement agencies, judicial officials act in contravention to the provisions of these laws so made. They rather use their official positions to participate in corrupt activities. Therefore, this is a clarion call that a multi-pronged and effective approach should be deployed to curb corruption and its menaces individually and collectively.