Home Breaking Why snakes enter toilets and natural remedies to scare them away from...
Facebook
Twitter
WhatsApp
Telegram 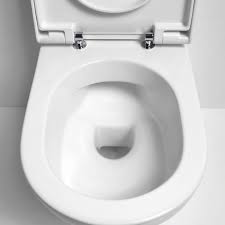 Last Saturday, Nigerian Air Force personnel attached to the Defence Intelligence Agency (DIA), Lance Corporal Bercy Ogha, died after she was bitten in her buttocks by a snake that got into her toilet bowl through the septic tank at the Air Force base in Abuja.

After the sad demise of the servicewoman, a video of the snake whisperer who was invited to remove the huge reptile from her residence has gone rival on social media raising panic among people about using their loos.

Since then, more reports of snakes invasion of restrooms have also surfaced on the internet, with at least one death reported as a result.

A resident of Akungba, Ondo state posted a video of how his sister spent time observing their toilet bowl after she heard about the death of a woman through a snake bite in the toilet.

In Lagos, a video that surfaced online and was shared by popular blog platform, Instablog, showed a snake circling around a toilet and its pipes with a man behind the camera.

The reoccurrence of “snakes in toilets” in the past week has gotten many Nigerians worried and in search of how such dreaded situations could be prevented.

Why do snakes enter buildings?Snakes can enter a building for one of two reasons. Either for food or for temperature.

Rats, mice, and even squirrels are frequent prey for snakes, and if there are a lot of them around, they may bring snakes to your home.

Snakes will follow these preys into your home and look for a place where they can readily hunt them, such as septic tanks, toilets, and the kitchen.

Natural ways to prevent snakes from your home

There are a few things you can do to keep snakes away from your home, the first of which is to remove what attracts them. Mice, rats, and other rodents should be kept out of the house as much as possible.Growing snake-repellent plants is another approach to keep snakes at bay without harming the environment.

Lemongrass, tobacco plants, Mother-in-law’s tongue (also known as snake plant), and scent leaves are all proven snake repellent plants. The majority of these plants have strong scents that snakes dislike and that either mess with their perceptions or make them feel uneasy.

Snakes can also be repelled with homemade repellants, such as a garlic-onion mixture. These two plants contain sulfonic acid, the chemical that causes one to cry while chopping them. Adding oil to the mixture would make it more potent and can be sprayed on snake-prone areas such as basements, behind appliances, toilet corners, chicken coops, and other areas. This mixture however has to be applied at least twice a month for effectiveness.

Any reptile living in the toilet bowl or creeping up the pipe will be dislodged by pouring a reasonable amount of vinegar into it. It could also send them out of bodies of water in or around your property (pools).

It’s also crucial to get rid of any potential hiding spots in your home. Trim grasses on a regular basis, and move heaps of materials (woods, rubbers, grasses, and so on) more frequently.

Check your home for cracks, damaged screens, and other potential entry points so snakes can’t get inside. Coop and other outbuildings are in the same boat. They can slither into extremely small spaces, so make every effort to seal any gaps they can find.

Responding to a snake accidentOnline health advocate, Dr Chinonso Egemba, popularly known as Aproko Doctor, reacting to the recent developments through a video on his Twitter explained that the traditional methods of tying the upper part of the spot where the snake had bitten is not hundred per cent reliable at it can lead to complications such as deadening the area where the poison was concentrated.

“If you tie that part of the body, it will concentrate the venom around the tied area, leading to the death of that place which could lead to the hand or leg being cut off,” Mr Egemba said.

He further explained that such methods do not suffice for areas that cannot be tied, such as the buttocks where Ms Ogha was most probably attacked.