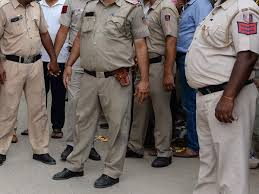 Police have arrested three Nigerians and two others after using a fake profile on Facebook to dupe a 51-year-old female doctor of Rs 13.5 lakh (approximately N7.5 million) in New Delhi, India.

The police disclosed that the gang posed as a doctor from Italy and subsequently under the pretext of sending gifts, allegedly defrauded her into paying the amount, The Indian Express reports.

The Mumbai police officials said the incident took place between May and June in the western suburbs of the town as the gang approached her through a fake profile on Facebook, and deceived her by first sending a friend request from a profile named Marco Kelvin Lucas.

“As the bio read that he is a doctor from Italy, she accepted the request following which the two started chatting,” said an officer.

Later, through the fake profile, they alleged that they were sending her 85,000 Euros, watches and handbags after which one of their female accomplices reached out to her claiming that the bag containing these valuables had been seized.

The Indian Express stated that the woman then submitted a complaint. A case was registered under relevant sections of cheating and cheating by impersonation.

“With the help of technical evidence, they managed to trace one of the culprits, identified as Pankaj Singh (24),” added Karandikar.

During his interrogation, names of other culprits were identified, who were also arrested from Delhi.Following their arrest, the police seized 25 mobile phones, four laptops, one tablet phone and 10 debit cards.

An officer said, “We have learnt that they had similarly created several profiles on Facebook while they have duped several persons using similar modus operandi.

We are trying to identify the victims and subsequently, we will check whether the complaint is made at the concerned police station as it will help us in detecting more cases.”