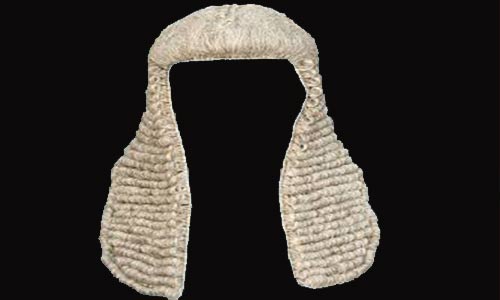 Bina Consult, owners of Stonehedge Hotels Abuja, had approached an FCT High Court over unlawful termination of a contractual agreement between itself and the Zamfara State Government.

Bina Consult & Integrated Services Ltd. had on August 11, 2021 written a petition to the NJC, accusing Mr Shinkafi of issuing an injunction, despite a subsisting ex-parte order on the matter.

The company therefore secured the court’s injunction against the Zamfara government to stop interfering with the plaintiff’s property, Stonehedge Hotel Abuja, pending the determination of the case.But the defendants, in violation of the said court order, forcefully evicted the plaintiff out of the said property and destroyed its valuables.

Daily Nigerian gathered that when the court order was enforced against the defendants, the plaintiff regained lawful entry and possession of the property.

Unfazed by the development, on July 26, 2021, the Zamfara government filed a motion before a state high court in Gusau, presided over by Mr Shinkafi, and secured another ex-parte order against the the company, despite drawing the judge’s attention to a valid order obtained by the plaintiff.

The petition, dated August 11, 2021 and signed by Aminu Aunam on behalf of the Bina Consult, accused the judge of granting the expert order even as he was fully aware that the subject matter of the litigation is not located in Gusau or any part of Zamfara State, but in Abuja.

The petitioners also alleged that Mr Shinkafi had a track record of “flagrant abuse of his judicial powers, by granting frivolous ex-parte orders/judgements on matters already handled by courts of coordinate jurisdiction”.

The petitioners insisted that the order was issued out of the jurisdiction and hurriedly executed at midnight by police officers from Zamfara State Government House, “where they intimidated our guests, staff and inflicted unbearable pain and embarrassment”.

According to the petitioners, Mr Shinkafi’s orders had been creating an undue conflict of court orders/judgements, which portray the judiciary in a bad light.

“A good example was in the plethora of litigations that characterized the internal crisis of the All Progressives Congress (APC) prior to the 2019 General Elections.“

It is on record that the Hon. Judge delivered a judgment in favour of the then Governor Abdulaziz Yari’s faction of the party, in flagrant disregard of an earlier ruling by the Federal High Court, Abuja on the same matter,” the petition noted.

Responding to the petition, the Chief Justice of Nigeria, Ibrahim Tanko, in a letter dated October 29, 2021, directed Mr Shinkafi to respond to allegations contained in the petition within 14 days of receipt.

The CJN’s letter, which came through the Zamfara State Chief Judge, Kulu Aliyu, read: “ I forward herewith a petition dated 11 August 2021 against you by Alh. Aminu Aunam, on the above subject matter. The petition is self-explanatory.“

I shall be glad to have your comments within 14 days from the date of your receipt of this letter, please,” it stated.