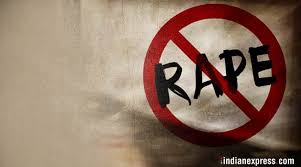 Amnesty International has revealed that Nigeria had recorded at least 11,200 cases of rape throughout 2020.

The data were published on Monday, in which Amnesty international complained about the high number of rapes in the country despite Nigeria having declared a “state of emergency” on sexual and gender-based violence.

It also claimed that most survivors denied justice, rapists avoided punishment, and hundreds of cases of rape went unreported due to corruption, fear of stigma and victim-blaming.

The report reveals horrifying cases of sexual violence, including the stories of a six-year-old and an 11-year-old who were attacked to death.

It is based on research conducted between March 2020 and August 2021 and contains interviews with 14 survivors of rape.

Seven parents of child survivors were also interviewed. Most of the interviews took place in Abuja, Lagos, Kano, Sokoto, and Bauchi states.

The report reveals how a culture of silence and impunity was formed by allowing harmful cultural stereotypes, failures of law enforcement to investigate rape cases, toxic misogyny and insufficient support for survivors to take root in a society.

“Women and girls continue to be failed by a system that makes it increasingly difficult for survivors to get justice while allowing perpetrators to get away with gross human rights violations,” said Director of Amnesty International Nigeria Osai Ojigho.

“The ‘state of emergency’ has proven to be an empty declaration, which has so far done nothing to protect women and girls in Nigeria.”