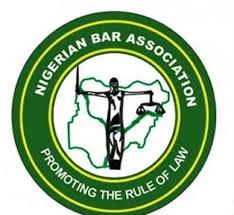 The Nigerian Bar Association, the Council for Legal Education, the Body of Benchers, senators and other stakeholders Monday clashed over a move by the Senate to enact a law to increase the number of the Nigerian Law School campuses from six to 12.

The bill for an Act to amend the Legal Education (Consolidation etc.) Act by establishing the campuses for the Nigerian Law School, and for other related matters’ was sponsored by Senator Smart Adeyemi.

The six additional campuses being proposed are to be sited in Kogi, Borno, Kebbi, Anambra, Delta and Ekiti.

Speaking during a public hearing on the bill organized by Senate Committee on Judiciary, Human Rights and Legal Matters, Senators Smart Adeyemi, Abiodun Olujimi and Kashim Shettima said increasing the number of Law School campuses was to cater for yearly increases of law graduates seeking admission into the available law school campuses in the country.

A human rights lawyer, Femi Falana, said having a multi-campus law school was not the idea of the Council for Legal Education, but was done by circumstances.

He asked the lawmakers to address the issue of funding so that the new campuses would not suffer same fate as existing ones.

A traditional ruler, the Alawe of Ilawe in Ekiti, Alabi Ajibade, said it was not out of place to establish more law school campuses due to population explosion and increasing demands for legal education.

However, the Nigerian Bar Association, the Council for Legal Education, the Body of Benchers and two lawmakers opposed the proposal, saying existing campuses were grossly underfunded and that the facilities were in deplorable conditions. Senators Ike Ekweremadu (PDP Enugu) and Seriake Dickson (PDP, Bayelsa) cautioned their colleagues against politicising legal education.

NBA President, Olumide Akpata, said with the required infrastructure, the existing law schools across the country were enough to accommodate thousands of law students graduating from the various universities.