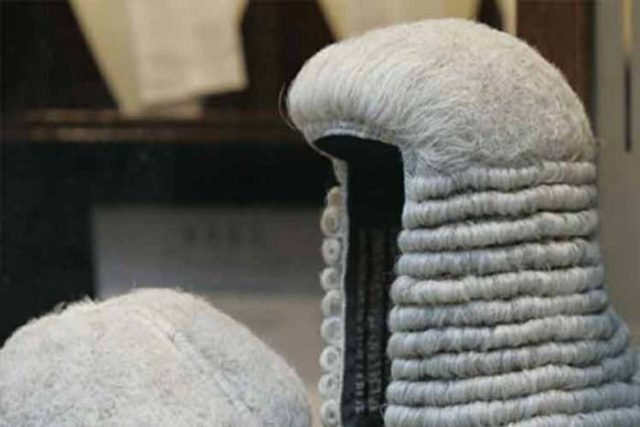 Chief Magistrate Abdullahi Digil ordered the arrest of the ex-judge for allegedly beating a court bailiff, Amos Ndari, who went to his residence in the Federal Housing Estate Girei, near Yola, to serve him with a court summons.

Justice Goji was alleged to have confronted the court bailiff and molested him, tearing his clothes.

The bailiff was earlier directed by the magistrate court to serve the former judge with summons following a complaint lodged before it by the State Board of Internal Revenue.

In its complaint, the revenue board had alleged that the judge assaulted an Officer-In-Charge of Girei Tax Office on the 5th November 2021.

The board said its officer and his team were at the residence of Justice Michael to collect personal income tax meant for the state when he was dealt with by the judge.

The beating of the bailiff occurred on Wednesday, the Yola Magistrate court learnt, when the bailiff turned up at the retired judge’s house to serve him with the summons as directed by the court.

It was gathered on Thursday that as soon as Ndari greeted the ex-judge and introduced himself as a bailiff who came to serve him with a court summons, the judge became angry, grabbed the bailiff, and attempted to hit him.

Ndari reportedly took to his heels and tried to go from the judge who raised the alarm, and ordered his security guard to prevent the bailiff from getting out of the house.

In response, the security guard blocked the gate and prevented the bailiff from going out.Justice Goji allegedly then walked up to the bailiff and started punching him until a certain man intervened and rescued the bailiff.