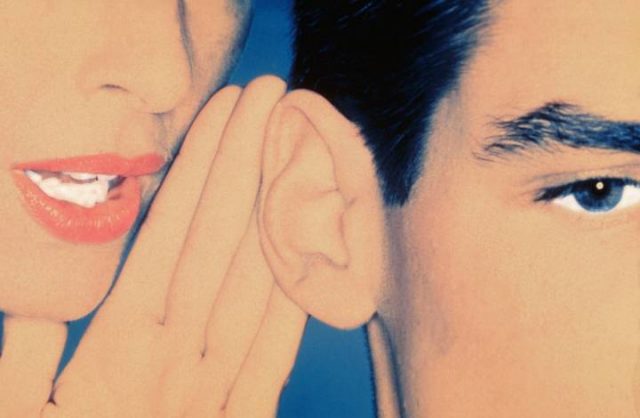 Beloved Muslim Ummah, there is an act that’s really bad and common in all known human societies. Islam as a complete way of life frowns at it in its entirety. Unfortunately, everyone is advertently or inadvertently guilty of this act.Besides, some embrace it and wear it like clothe, some even go to any length in order to attain that.

Despite the mass and consistent awareness on danger inherent in it as explicitly stated in the glorious Qur’an and Hadith as well as other Islamic scriptures, people neither stop doing it nor have a thought to repent.

This act alone pushes one to commit a grave sin; destroys one’s good deeds; denies one of Allah’s mercy and blessings. it makes others to develop hatred for the person we are talking about and damage his/her reputation. Though, what causes it is simply not being contented with your worldly affairs which ultimately gives birth to hatred, and it’s not supposed be because you are not aware of what that person you hate with passion is going through silently.

The act under discussion is called Backbiting. In Islam, It’s called Gheebah which means mentioning something about a person (in his absence), that he hates (to have mentioned), whether it is about his body (as being a lame, short, fat, ugly), his religious characteristics ( as being immoral, liar and so on), his worldly affairs (not legitimate), his self (as being an unjust person), his physical appearance(as being unmatured, imbecile etc), his wealth (as being a ritualist), his character, his child, his father, his wife, his manner of walking, his smile, and generally; his lifestyle.

It is the same whether you mention that about him with words, through writings, or whether you point or indicate to him by gesticulating with your eyes, hand or head, as hint or a statement.

Backbiting is a very shameful and disgraceful act one shouldn’t engage in, as it destroys the reputation of the character you are talking about. We live in a digital age where information spread rapidly.

As a Muslim, it is your responsibility to guard your tongue in avoiding things which are Haram (forbidden). Prophet Muhammad (Peace be Upon Him) once asked his sohãba what backbiting is?” They said, “Allah and His Messenger know best.”

He then said, “It is to say something about your brother that which he dislikes.” And, someone asked him, “what if what one says about that person is true?” He said, “If what you say about him is true; you are backbiting him, but if it is not true then you have slandered him.”

If you have nothing nice to say, don’t say anything at all. One day, two people were backbiting about someone who had committed an adultery. Though, adultery is also one of the greatest sins as backbiting in Islam.

Unknown to them, the Prophet had suddenly and stylishly walked behind them and listened to their conversation. He heard them backbiting against the adulterer. As they were going, they saw a dead rotten donkey, he stopped them, asked if they could eat the flesh of the dead rotten donkey. Without thinking twice, they rejected it, said how would they?

Muhammad then, told them that; “you insulted your brother that committed adultery, which is worst than eating the flesh of a dead rotten donkey; the foul effect of backbiting is even worse than eating the meat of a dead animals.

Suratul Al-Hujurat, (Quran 515, verse 12) pointed that, “Oh! You who have believed, avoid much [negative] assumption. Indeed, some assumption is sin. And do not spy or backbite each other.

Would one of you like to eat the flesh of his brother when dead? You would detest it. And fear Allāh; indeed, Allāh is Accepting of repentance and Merciful”.

Backbiters can never have Allah’s mercy unless he/she repents. More evidences can be found in the Hadith and Qur’an, as well as some authentic books in Islam. I hope I have impacted you through my piece?.

May Allah forgive our sins and grant us the best in life and hereafter. Ameen.