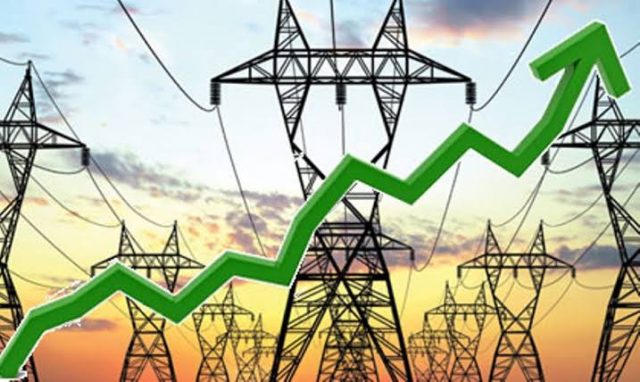 President Muhammadu Buhari-led’s government has revealed plans to review the power tariff in December as power consumers may start to pay more for the consumption of electricity in the country.

The Federal Government who disclosed this in a statement on Wednesday said its administration had commenced the procurement of four million meters meant to be distributed free of charge to unmetered power users nationwide.

The FG, however, estimated that there are about eight million unmetered electricity users in Nigeria, with over 860,000 meters distributed for free to power users as part of phase zero of the National Mass Metering Program (NMMP).

According to the FG, the Nigerian Electricity Regulatory Commission (NERC) is expected to review the country’s power tariffs by next month, barring any unforeseen circumstances.

The FG through the Deputy General Manager, Consumer Affairs, NERC, Shittu Shuaibu described the four million free meters being procured as phase one of the NMMP, which had commenced.

Shuaibu, who spoke during a live radio programme monitored in Abuja, said the Meter Asset Providers, working with the distribution companies, had been able to deploy about 860,000 meters under phase zero of the mass metering programme. He said, the programme is supposed to run in three phases which include phase zero, phase one and phase two.

Phase zero was rounded up around the end of October. Phase one has actually commenced and it is another government intervention of about four million meters.

So far we have deployed about 860,000 or close to 900,000 meters, which were part of the one million meters that was procured as part of government intervention.

For the four million meters, the procurement process has commenced.” He explained that the mass metering intervention was not free as such because the government was giving out loans for the provision of these meters to Nigerians.

Shuaibu said power distribution companies would be part of the loans and were to refund them over a period of 10 years at a very reasonable rate through the Central Bank of Nigeria On plans for tariff review, the NERC in a notice on the review of transmission loss factor in Multi-Year Tariff Order informed the general public and industry stakeholders of the commission’s intention to commence two key reviews.

It outlined them to include the Extraordinary Review of Transmission Company of Nigeria’s Loss Factor (TLF) in the MYTO and the processes for the December 2021 review of MYTO – 2021.

It said the December 2021 MYTO review was to consider changes in relevant macroeconomic indices, generation capacity and capital expenditure required for evacuation and distribution of the available generation capacity in compliance with extant rules.

The commission explained that pursuant to the provisions of the Electric Power Sector Reform Act, the NERC adopted the MYTO methodology in setting out the basis and procedures for reviewing electricity tariffs in Nigeria.

The methodology provides for minor reviews every six months, major reviews every five years, and extraordinary tariff reviews in instances where industry parameters have changed from those used in the operating tariffs.

This change is usually to such an extent that a review is required urgently to maintain industry viability.

The commission said stakeholders and the general public were invited to send their comments to the NERC within 21 days from the date of the notice, which was on November 16, 2021