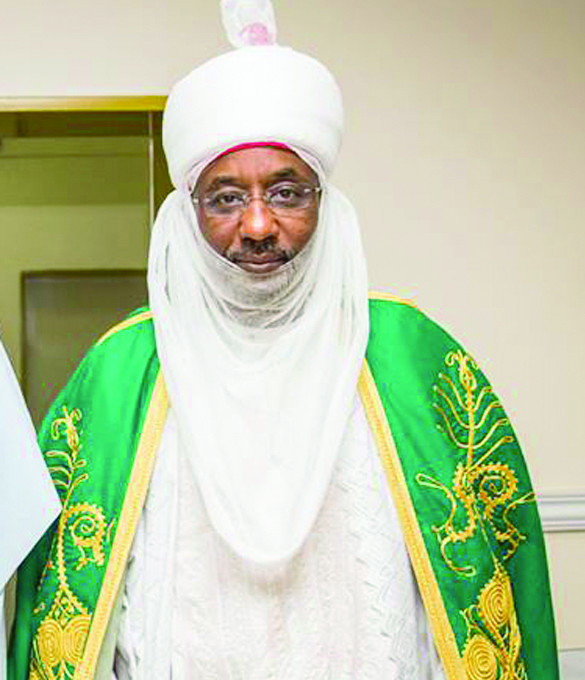 The Federal High Court sitting in Abuja, on Tuesday, ordered Kano state government to tender an apology to the dethroned Emir of Kano, Lamido Sanusi, in two national dailies.The court, in a judgement that was delivered by Justice Anwuli Chikere, held that Sanusi’s forceful banishment from the state after his dethronement, was illegal, unconstitutional and in gross violation of his fundamental human rights.

Consequently, it awarded damages against Kano state, in favour of the deposed Emir, to the tune of N10million.

It will be recalled that Sanusi was deposed as Emir by the Kaduna State government on March 9, 2020, after he was accused of disloyalty and insubordination.

Though the deposed Emir was initially banished to Loko village in Nasarawa State after his dethronement, later, he was forcefully moved to Awe town, where he was confined until March 13, 2020, when the court ordered that he should be granted his freedom.

Sanusi, who had since accepted his fate as the will of God, however approached the court to query the legality of his confinement in Nasarawa state.

In the suit he predicated on section 34, 35, 40, 41 and 46 of the 1999 Constitution, as amended, the former Emir, among other things, prayed the court to restore his rights to human dignity, personal liberty, freedom of association and movement in Nigeria, (apart from Kano State).

While adopting his final brief of argument, Sanusi’s lawyer, Abubakar Mahmoud, SAN, told the court that his client was not before it to challenge his dethronement.

Mahmoud said his client was in court over the gross violation of his fundamental rights in relation to the harsh way he was treated after he was deposed by the Kano state government.

He said: “My lord, this is not a chieftaincy matter. The Applicant is not before this court to challenge the Respondents’ actions with regards to his removal as Emir of Kano, but the way he was bundled to Abuja and banished to a remote location”.

Mahmoud decried that notwithstanding the status of his client in the society, he was subjected to such degrading treatment.

He argued that it was clear from the way the former Emir was treated, that his rights were grossly violated, a situation that led him to seek the intervention of the court.

He prayed the court to grant all the reliefs his client sought in the suit, among which included the declaration of his confinement in Nasarawa state as illegal.

However, all the Respondents, through their respective lawyers, urged the court to dismiss the suit for want of jurisdiction.

Counsel to the IGP, Mr. Victor Okoye, further challenged the competence of the suit, noting that the instrument conveying Sanusi’s banishment was authored and endorsed by an official of the Kano State Government.

He therefore argued that the Applicant ought to have filed the case before a Kano state high court.Likewise, counsel to the DG of the DSS, Godwin Agbadua, urged the court to strike out the suit on the grounds that the alleged rights violation occurred in Kano, stressing that there is a Federal High Court in Kano, before which Sanusi could seek redress.

On his part, the Attorney General of Kano State who was represented by Musa Mohammed, also challenged the jurisdiction of the court in Abuja to entertain the case.He urged the court to dismiss the suit in its entirety for want of jurisdiction and competence.

Meanwhile, reacting to the judgement, the Kano State AG, through the lawyer that represented him in court on Tuesday, Abdulsallam Salleh, said they would study it properly and decide on the next line of action.

“We will look at the judgement critically and consult with our client (Kano state government) on whether we will appeal against it on not”, Salleh told newsmen