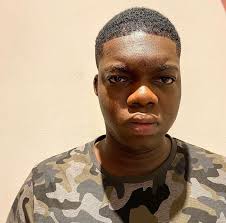 Cute Abiola’s last post on Instagram was on November 14. Following the sustained public interest in the matter, particularly on social media, his employer – the Nigerian Navy – clarified in a statement that the comedian was in its custody.

Instagram comedian and Naval personnel Abdulgafar Ahmad, popularly known as Cute Abiola, has spent about 14 days in the custody of the Nigerian Navy.

Some of his colleagues, including the popular Mr. Macaroni, had raised the alarm over his whereabouts.

Recall that Cute Abiola is being detained for posting a video of himself in military uniform on social media, an act which violates the armed forces’ social media policy.

Navy spokesperson, Suleiman Dahun, said the policy specifies the dos and don’ts of personnel as well as salient regulations concerning their usage of social media on issues of official concerns.

A checks show that the Nigerian Armed Forces Social Media Policy is embedded in the Armed Forces Act of 2017.

The law gives guidelines for use of Social Media by military personnel including the extent to which members of their families are allowed to use social media.

Giving an update on the case, a legal practitioner, Festus Ogun said: “I just spoke to Cute Abiola’s lawyer and I can confirm that conscious efforts are in place to safeguard his rights. “

While I appreciate the cooperation of the Navy thus far, I compassionately appeal for the recognition of his liberty. We will not relent. #JusticeForAll