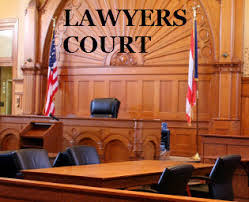 The B.C. Court of Appeal and the B.C. Supreme Court, the province’s top courts, have dropped what they’re calling “antiquated” ways of addressing judges in court.

On Thursday, the courts announced in practice directives that people who appear in court are being asked to refrain from using the traditional way of addressing justices as “My Lord,” “My Lady,” “Your Lordship,” and “Your Ladyship.”

Instead, going forward, justices are to be referred to as “Chief Justice,” “Justice,” “Madam Justice” or “Mr. Justice,” as the context requires.

The announcements, posted on the websites of the courts, did not mention any reason for the move but, asked to explain the decision, the courts said in an email Friday that it was felt that the manner of address for judges had become “antiquated,” and the time had come to adopt more inclusive language.

“The courts continually review and consider their practices, looking for areas to improve. Everyone is welcome in the courthouses, and the courts need to be inviting and relevant to all.”

The terms “My Lord” and “My Lady” originated in the British legal system and have been used in the top courts for many years. In the provincial court, judges are typically referred to as “Your Honour.”

Lisa Nevens, co-chair of a section of the Canadian Bar Association (B.C. branch) that addresses sexual orientation and gender identify issues, wrote an article advocating for the change and said others had been calling for the change as well but added that the court’s initiative came as a surprise.

“I think it’s a really positive change that will modernize our court and help to improve inclusivity on the judiciary, especially with an immediate impact for people who are nonbinary in their identify, or gender diverse, as well as some broader, systemic impacts,” Nevens said.

Nevens noted that courts in “a lot” of other provinces have switched to gender-neutral titles like “Justice,” as have the Supreme Court of Canada and the Federal Court of Canada.

“I think there are a few more provinces that still use “My Lord” and “My Lady” but their numbers are dwindling as well.”

The change generated a mostly positive reaction on social media but not everyone was pleased.

Jim Heller, a Victoria lawyer who publicly opposed a move last year to require lawyers to provide their pronouns when they introduce themselves in court, also questioned the motivation behind the latest move.“

This is the result of some activism by people that they’ve already announced their intentions. They want to change a lot of things about our system.

They want to change not just what appeared to be superficial conventions, but they’re into radical change.”Heller said there was something “nice” about using the honorifics “My Lord” or “My Lady,” which the veteran lawyer said he had used “a million” times in the past. “

It’s deferential. It has never hurt anybody. Nobody really thinks that that’s a Lord or a Lady. We’re all sophisticated enough to be able to appreciate that it’s just a sign of respect