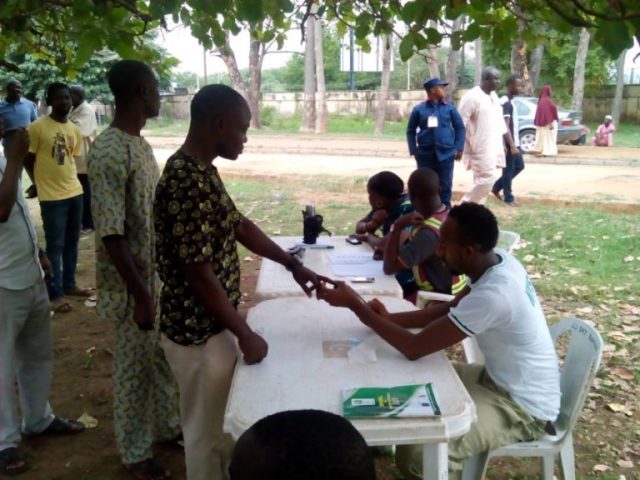 The Independent National Electoral Commission (INEC) has extended the accreditation and voting periods of Anambra Governorship election from 2.30pm to 4.00pm.

He said this was as a result of the widespread malfunctioning of the accreditation devices, the Bimodal Voter Accreditation System (BVAS) across many Polling Units (PUs) in the state.

There have been reported failure and malfunctioning of the BVAS across many PUs, due to technical and network issues, leaving voters stranded and agitated.

The INEC Chairman, Prof. Mahmood Yakubu, had said BVAS is a replacement for the Smart Card Reader (SCR) used in previous elections since 2015.

However, the Anambra REC at the briefing alongside the REC of Bauchi State, Baba Bila and National Commissioner and Chairman, Information and Voter Education Committee (IVEC), Festus Okoye, who is also the Supervising National Commissioner for the election, admitted the failure of the BVAS device.

He said the initial period of opening and closing of Poll from 8.30am to 4.00pm, was revised to 4.00pm and applies to areas where PUs opened after the commencement period of 8.30am

.“In line with existing regulations and guidelines of the Commission, any intending voter who is on the queue by 4.00 pm shall be allowed to vote. All Polling Unit staff must comply with this directive.“

The extension of time arose out of several field reports that voters have had problems with accreditation.

The commission is currently investigating the reason the accreditation devices, BVAS have worked perfectly in some PUs, but not in others.“In some of the cases, it would seem that this resulted from software glitches. Our technicians have already built an update to the devise software to prevent further challenger.

The update is currently being installed in the concerned BVAS and we request voters, candidates and agents to be patient and allow our technical staff to solve the problem,” Orji said.

He said that in cases of sustained malfunction of the BVAS, the Presiding Officer (PO) must inform the voters and polling agents that accreditation and voting for the affected PU shall continue on Sunday or at another time determined by the commission.

This literarily means that the Anambra election can be rescheduled till Sunday in affected areas.