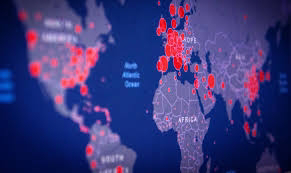 Hammed Sheriffdeen reports
COVID-19: 78 new cases confirmed in Nigeria on Sunday.
The Nigeria Centre for Disease Control, in an update on Sunday, announced that 78 fresh cases of Covid-19 have been confirmed in Nigeria across 10 states and the Federal Capital Territory (FCT).
While giving further breakdown, NCDC reported that two additional fatalities has been recorded, making the country’s fatality toll stands at 2,747. It was added that the total confirmed cases in the country has now been increased to 207,694 with number of treated and discharged people standing at 195,274.
The released update also revealed that Lagos State recorded 22 cases, while Kaduna followed with 12 cases.
FCT, Benue and Imo State also followed with 10, 9 and 8 cases respectively. AkwaIbom, Delta and Kano State also recorded 4 new cases each.
Jigawa State recorded 3 cases while Plateau and Rivers State recorded just one new case each.
It was also added that no single case was recorded in Bauchi, Nasarawa and Sokoto State.
[carousel_slide id='8496']