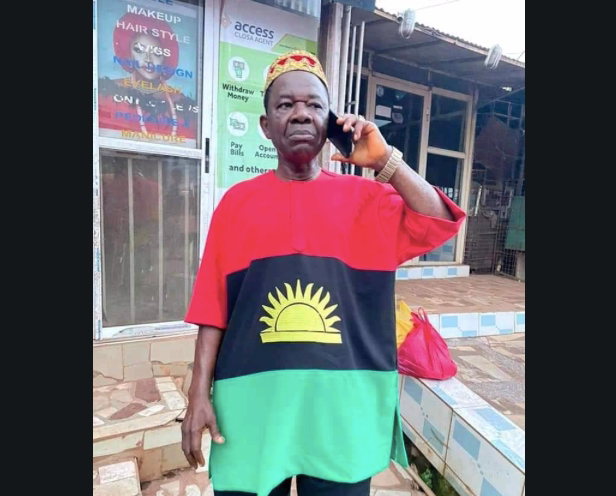 Nigerian Soldiers have reportedly arrested popular Nollywood Legend, Chinwetalu Agu in Upper Iweka area of Anambra state for putting on an outfit with colours of the Biafran Flag.

Agu’s vehicle was stopped by soldiers who wasted no time to bring him out of his bus.
In a footage seen by BarristerNG not iDeemlawful News, Agu was dragged and manhandled by the Soldiers. It can be recalled that the Nigerian Government has banned the display of the Biafran Flag in any part of the country.
Last Month, Agu went viral on social media after wearing an outfit made of the Biafran Flag with many Nigerians stating on social media that ‘nothing must happen’ to the popular thespian.
The Biafran flag is the official emblem of South-East Separatist group, the Indigenous People of led by Nnamdi Kanu. and they have been pushing for the eastern part of Nigeria to become a separate country and their campaign which was fraught with violent attacks and occurrences in the country resulted in the arrest of their leader.
Below are Photographs from the scene; 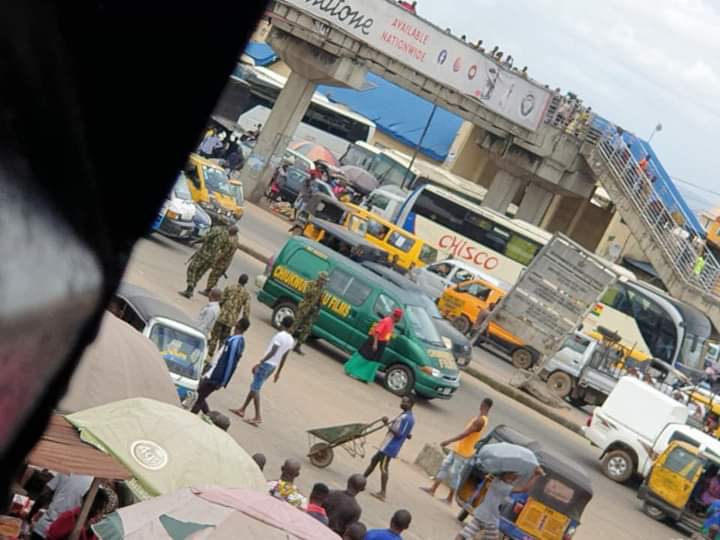 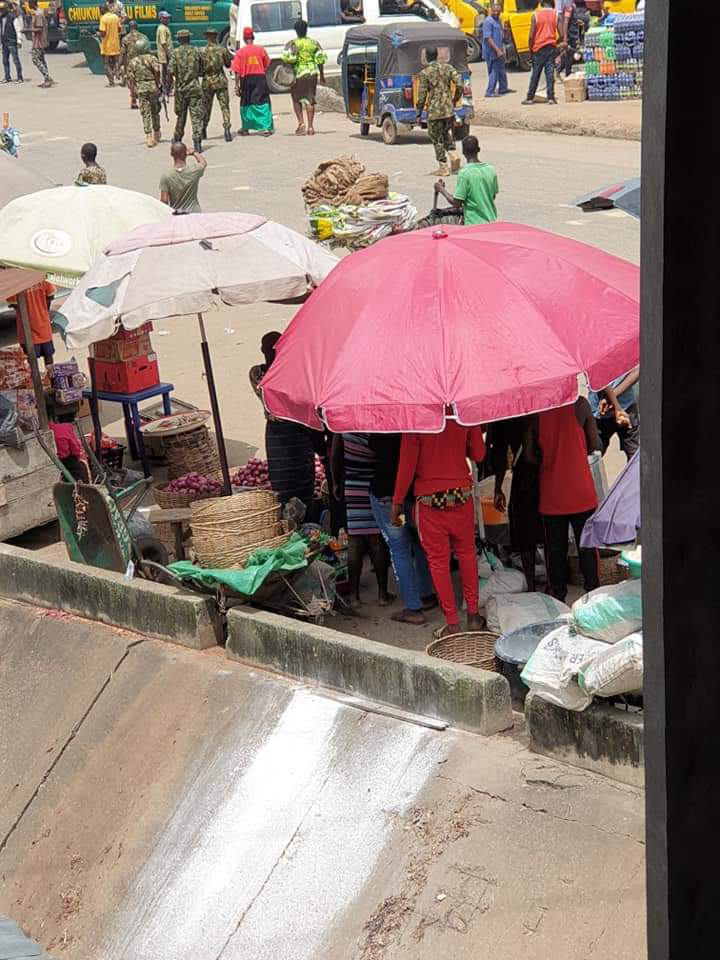 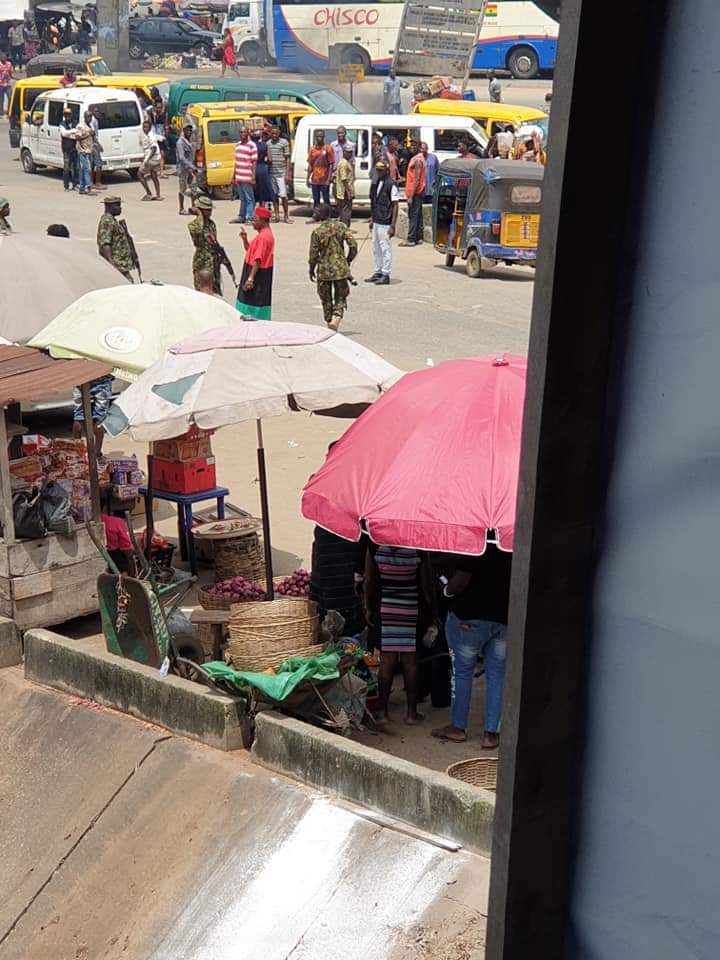 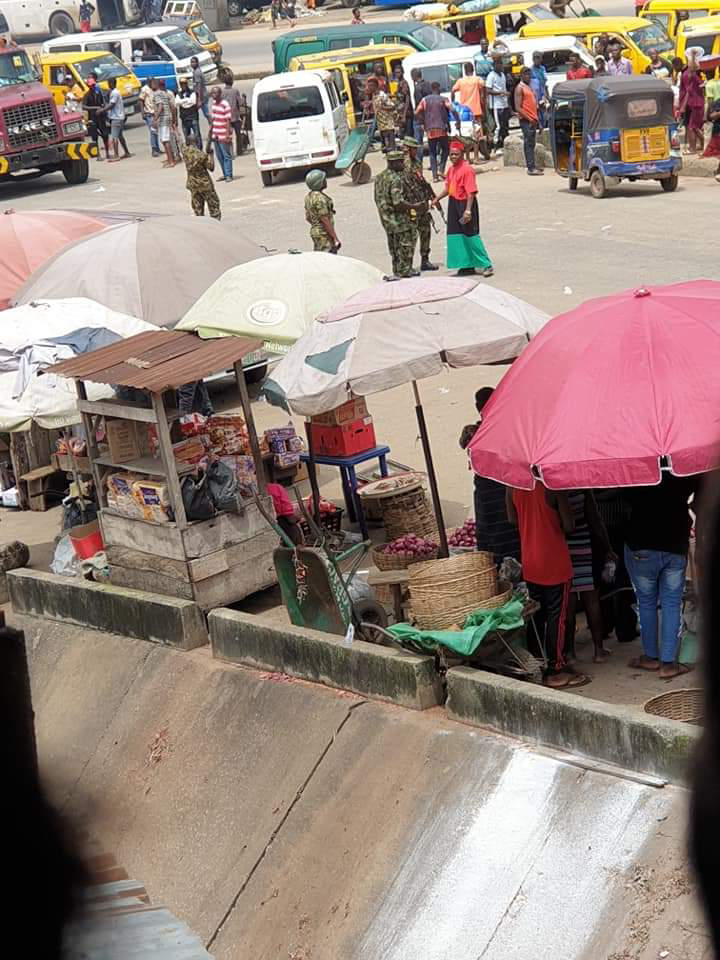